An Inconvenient Truth: Parenting is a Tough Job

It’s been a rough couple of weeks. 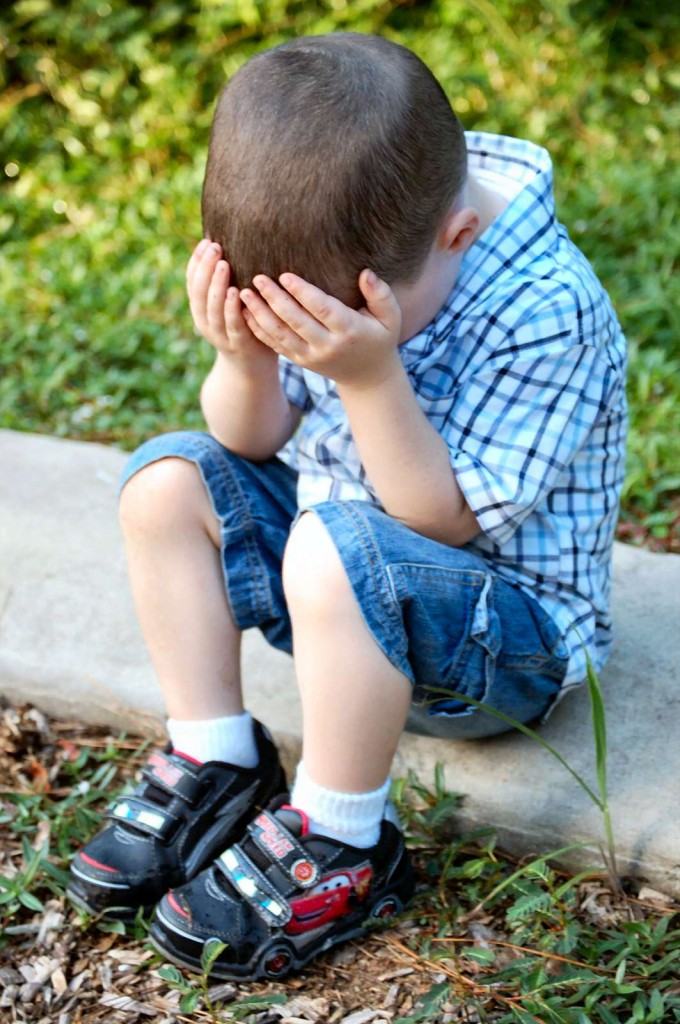 Then Emily got the flu-like virus, and now Julie has it. And throughout all of this, the lack of sleep, the vomiting in the middle of the night, the crankiness, the tantrums, life must go on. We still need to work. We still need groceries. The floor can only get so “crunchy” before we have to break down and sweep it, and only so sticky before we have to mop it.

This is the picture of life with kids that nobody really wants to hear about…especially people still contemplating kids. To my childless siblings, the horror of these moments petrifies them. I can see it in their eyes.

Remember those commercials, “this is your brain on drugs.”? Well, there are times when your brain on kids isn’t much better, and neither is your strung out life. It’s not the idea people have in mind when they say to themselves, “gee, wouldn’t it be nice to have children.”

And “gee, wouldn’t it be nice” partly sums up the problem of our modern world. There was a time when having children was a duty – an obligation to the species, our culture, and our people, not to mention to God. Now it’s seen as a nice to have – a “hmm, what’s missing in our lives?”

People often buy puppies for the same reason, to fill a void somewhere. Except unlike new furniture, a remodelled kitchen, that class on Art you always wanted to take, or even a puppy, with kids you get more than you bargained for – and you can’t quit or take them back.

Chloe hit a low point a few nights ago. She was utterly exhausted from being up night after night coughing or throwing up, or with a fever. And when Chloe’s really tired, she loses her ability to cope with not getting what she wants and reverts back to many of the uncontrollable outbursts and crying she had when she was a little colicky baby.

She had decided that Mommy was putting her pyjamas on – except Mommy wasn’t available. And so I tried to talk to her, to reason with her. But she screamed at me, kicked her legs on the floor, and cried uncontrollably. Believe it or not, she was actually on the mend. But when she’s really tired, she just can’t deal.

Eventually I had no choice but to pull a trick we had used back when she was two. I stopped answering her, stopped trying to reason with her – stopped talking to her. Each time she came out of her room screaming her head off (and keeping Emily awake), I just picked her up as calmly as I could and put her back on her bed.

At first this made her angrier, and she screamed in fury. But we repeated the exercise over and over again. At one point, I was feeling pretty low. I wanted to give in. I wanted to get her Mom. It would have been easier, but it probably wouldn’t have worked (she’d have pulled the same thing on us over something else – we know Chloe).

I just wanted to throw in the towel. We hadn’t asked for this. We wanted a nice sweet child – a couple of nice sweet children. I longed to be able to sit in a nice comfy chair and read a book in the evening, like I used to. I longed to get up in the morning on my own terms and sip a cup of hot coffee, like I used to. I wanted to feel like I could go back to school in the evening and learn something new….But I couldn’t imagine my life without these beautiful, sensitive girls.

They give me so much, but ask so much in return.

I thought these things as I stood there waiting for Chloe to make another dramatic appearance, and then I realized this wasn’t about what I wanted. I had decided to have children. And I loved them dearly. That I had gotten more than I bargained for was rather beside the point, as I wouldn’t change the decision for the world.

This was about who I was. I was being a father right then and there. I was doing my job, my duty (and generally I think I was doing a pretty good job of it). For all my pouting I realized a truth that night, as I’ve realized time and again as a parent:

If it were, we’d have made very few advances as a species. It’s about accepting challenges, testing ones limits, learning through adversity, and passing on lessons and values to those who will survive us.

An Inconvenient Truth: Parenting is a Tough Job

An Open Letter To Partners of High Needs Babies’ Mothers

We Are Individuals – And We Happen to Parent

The Truth About Parenting