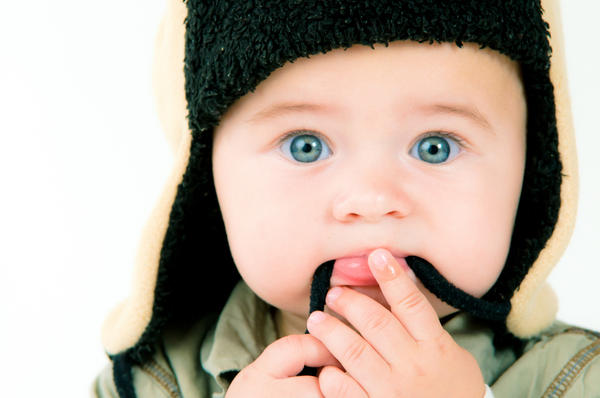 My husband I decided we were open to the idea of having a child of our own after a trip to the Shedd Aquarium with our three year old niece.

She had a wonderful time looking at the fish, waited patiently in every single line, and ate primly at the Aquarium’s cafeteria. Not even a drop of juice spilled. This is so fun, we thought! The hugs! The smiles! The ease of it all. This is something we could do every day we thought.

Well, partially wrong. We probably could have done every day with our niece. But when our son was finally born, he was not, in any way, like our niece or any other baby we had encountered.

The first few days weren’t bad. We planned a homebirth that ended in a transfer (non-emergency) for a cesarean. In the hospital, wrapped in a blanket, he was relatively quiet. As much as you might expect.

Then we got home.

Our midwife visited and immediately identified that his blankets were giving him heat rash in the warm June weather. We dressed him lighter and stopped bundling him up and suddenly our son came to life. We were, if I’m being utterly honest here, pretty horrified by what emerged.

Nursing became a complete nightmare. I had read that this would bond me to my baby, which I was eager to do after not getting the birth experience I’d hoped for.

I dreamed of soft-focus moments of him suckling lazily while I beamed down at him, or better yet, him nursing while I slept next to him in bed. Instead, Desmond latched (painfully!) for a few minutes, popped off, and screamed.

My nipples became raw and sore, I cried through every nursing session. I tried every position, used lanolin, saw a lactation consultant, asked our midwife and Desmond’s doctor for advice. No one had answers for me other than to “get through it.” I had no idea how I was going to do that. It got to the point that I hated feeding my baby. I even hated holding him. He was either causing me physical pain or screaming in my ear. Where oh where was just one single sweet moment?

Desmond was high need and fussy well beyond feeding time.

But only on you.

In a baby carrier.

While you bounced on a ball.

And had white noise in the background.

And never got up to use the bathroom or eat or drink water.

Naps were a blessed but unpredictable reprieve from the near constant screaming, but they had the downside of making one of us prisoner as that person bounced on a birthing ball, unable to get up to meet any basic personal need.

At about two months postpartum, lost in a sea of postpartum depression and anxiety, exacerbated, I have no doubt, by my intense son, I begged his doctor for help.

“He cries constantly,” I said.

“Well, all babies are fussy at this age, Ann.”

At this point I was nearing tears myself as my son clawed at my hair and screeched down my ear canal.

“Will he take a pacifier?” she asked.

She asked me if I’d tried gripe water, bicycling his legs, if I’d tried baby wearing. I was growing increasingly angry as she went down the list. Of course I’d thought to try a pacifier. And babywearing? Are you kidding me? He spent his life in our Ergo. If he heard the buckle unfasten he began wailing.

Finally she said, “Well, Ann, babies cry. He will grow out of it at six months.”

I remember thinking, ‘I will be lucky if I live through this to see him at six months.’

Finally, in desperation, I timed him. I spent 24 hours timing how long he cried and how often, and wrote it all down in a notebook on our kitchen counter.

That figure gave me immense pain and a flood of relief. Yes, it really was bad. But no, I wasn’t exaggerating. Something was not normal about this. And it wasn’t my fault that I couldn’t “take” the early days of mothering. This wasn’t what most mothers had to deal with.

I called our chiropractor and made an appointment. If our traditional doctor wouldn’t listen to my complaints and my insistence that Desmond was excessively crying, maybe she would. I brought him into her office squalling while I dissolved into tears. She adjusted him and sent us home with infant probiotics.

That night, he slept. For more than two hours. And while he still cried, the three hour jags of purple-faced screaming were a thing of the past. We had finally hit on something that gave us relief. The biggest help here was that we found a care provider who believed us and supported us. She told me there was a name for this. High need baby. Later, she said, I should look into literature on Spirited Children. It was likely Desmond was one.

My son is now 21 months old. He is in his toddlerhood. His colicky crying is over. And by the way, he did not grow out of it magically at six months. It gradually tapered off as he gained more and more autonomy and the ability to control his environment.

He continues to be an intense child. When he discovered that he could not reattach a piece of cheddar cheese that I sliced for him from a large block, he burst into tears, desperately trying to make it go back to the way it was. Despite cuddling and talking, he mourned (and by that I mean wailed like he was at a wake) the reality of the separated cheese for a solid twenty minutes.

There are days I don’t like my son’s intensity. It exhausts me and my husband. While other kids his age are sitting and looking at books, he is taking apart the bookshelf. While other kids are eating at the table, he is dropping his green beans into his water glass to see them float to the bottom.

He is nothing like his cousin, that bizarrely calm girl-child whose serene demeanor bewitched us down this path.

And yet, I survived his impossible infancy. I learned not to take on his huge feelings.

When he was a baby I felt like an abject failure because I couldn’t get him settled, couldn’t make him happy. But it wasn’t about me. It was about his own journey in this world.

I did not have the son I thought I would have. But I believe I had the son I needed to have. He has stretched me in ways I would stretch for no other human being. He’s taught me to sit with uncomfortable feelings and situations. I discovered they won’t undo me. They’re not fun, they just are. And I can be with tears and rage and still be me.

Through it all, my son has taught me self-compassion most of all. I learned to forgive myself for anger, for impatience, and to accept that some things in life don’t feel the way we wish they would.

But such experiences won’t be my undoing. In fact, learning to sit in the middle of the storm and feel, but not panic, in response to the wind, has put me on the path to developing a gift I can carry with me everywhere in life.

When I watch my son flip out because the dog stole a cracker off Daddy’s plate, I often huff and think ‘Why is he so sensitive?!’

And then I think about the kind of calloused world we live in, where we see violence and poverty and pain around us and we are so desensitized to it, that so many of us do nothing.

My son has a gift that causes him to feel more deeply, to insist and demand that things be different, damn the realities. It is ultimately people like that who challenge broken systems and change the world.

My job is to help my son nurture this gift without it overwhelming the both of us.

And that is a challenge I am working to meet day by day.

Give your high need baby an alternative to crying! My Baby Can Talk, sign language for babies, is a complete early language development program recommended by pediatricians, trusted by parents and loved by babies. Crying is one way that babies can communicate – offer your baby another. This program includes everything you need to jump start communication before your baby can speak. More than 20 national parenting awards!

What to Do About Sibling Fighting