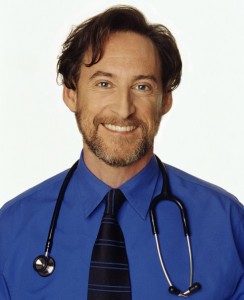 Dr. Karp’s techniques offer parents a very practical and effective way of not only calming their baby, but also of helping them sleep longer. These are not new techniques; they have been used by parents across the globe for thousands of years. Knowing exactly how to use them is the key.

Click here to see my review of the Happiest Baby on the Block.

The following questions and answers are from an interview I did with Dr. Karp in 2009.

When you take your baby to the physician with complaints of unexplained crying or fussiness, are there certain tests they should be running, or certain questions they should be asking? Or is that up to each individual doctor?

It’s pretty routine and standard. There was just an article out of Toronto in the March [2009] edition of Pediatrics, showing that when kids come to the emergency room, don’t have a fever, and they otherwise have a normal physical examination [besides the crying], you don’t usually find anything when you do tests.

This means that the first thing to do when a baby’s really fussy is to feed them. The second thing to do is the 5 s’s. If it’s not working, then you have to check and make sure you’re doing the 5 s’s correctly, because most of the time when the 5’s don’t work, they’re not being done correctly. That’s why we made the DVD; because the book is kind of like a book about tying your shoelaces. You can learn it from a book, but it’s much easier to learn it by watching. If you’re doing it correctly and it’s still not working, then that child needs an evaluation by a physician.

If the baby has something like severe reflux, will the 5 S’s take care of the crying?

Well, that’s an interesting thing. It usually will. Reflux usually does not mean severe pain. It’s usually mild discomfort that the baby is overreacting to. In a study out of Boulder, Colorado, the nurses found that several children with acid reflux felt better with the 5 s’s, and didn’t really need their medication. You really have to know you’re doing it correctly, and that’s where you have to watch the DVD or go to the classes.

Why is it that certain babies seem more reluctant to being out of the womb?

It’s like an equation that determines how fussy your baby is going to be. Part of the equation is temperament, which is ultimately the personality traits you’re going to see in your child as they get older. Part of it is what we call state control – which is how well the baby is able to keep their balance. When they cry, how well can they calm themselves down?. When they’re asleep, can they stay asleep? Those things mixed together with the amount of stimulation in the environment.

Stimulation in the environment is very misunderstood. People say babies cry because they’re overstimulated. If you yell at them or bang pots near them, or things like that, or even if you just have them sitting there watching the world go by, by the end of the day, they’ll get overstimulated. That’s true. But the thing that protects them is not to put them in a dark room and have them avoiding stimulation. The thing is to balance chaotic stimuli with rhythmic hypnotic entrancing stimuli. And that’s really the concept of the 4th trimester.

People don’t really understand how important it is for babies to be getting 12 hours a day or more of rhythm …whether it’s being in a sling or a swing or the white noise, or swaddling…all of those things that imitate the uterus.

When you add up that formula of temperament, state control, and balance of stimuli, that equals how fussy your baby is going to be.

What are your thoughts on pediatric chiropractic and probiotics?

I think there’s no evidence that pediatric chiropractic works. I know that there are a couple of reports that are out there, but my attitude is that if you have a simple way to calm 95% of crying babies in minutes or seconds, that don’t entail having to go to another doctor and spend a hundred dollars per treatment, would you do it?

I talk about the Kung San in my book, and they don’t have babies that scream on and on. But they deliver their babies vaginally too, so it doesn’t make sense that it’s a chiropractic issue, or an osteopathic issue, or for that matter a gastrointestinal bacteria issue. I think that the data on probiotics is interesting, but my attitude would be that the babies who fuss from that problem are overreacting to a normal experience.

Take babies with acid reflux; all babies have acid reflux, they all have spitting up. Some of them just overreact to it. The reason so many kids cry is that they overreacting to the Gastrocolic Reflex. That’s a reflex we all have. When your stomach fills with food, it sends a message to your colon to have a bowel movement. In adults that takes a couple of hours to work. In babies it works while they’re eating their food. Most babies and adults don’t know when they’re having that reflex. Some babies overreact to it. So in the middle of the feeding they feel this reflex, and their stomach is giving the message to the intestine to have a bowel movement, and they overreact to it. They start to cry and twist and arch, and doctors overdiagnose that as being acid reflux.

Ultimately if you can do the 5 s’s and the baby gets better, why would you try anything else?

Our 2.5 year old, who was extremely fussy as an infant, is still very sensitive. He tends to react very strongly to things. He’s the type of kid who will scream if he’s the slightest bit uncomfortable. Looking back, though he was treated for reflux, we wonder if he could have been simply overreacting to what all babies experience? (eg. Regular baby reflux).

Some babies overreact to things like the telephone ringing, or someone slamming the door too loud, or saying hi in their face. This is exactly the child who benefits from the Happiest Toddler. It doesn’t change your personality – these children will always be sensitive, and that’s not a bad thing. But it will help him to learn how to regulate his emotions, and help you learn how to help teach him to regulate his emotions.

Have you ever met a baby you couldn’t calm?

I’ve never met a healthy baby I couldn’t calm. While that sounds kind of boastful and exaggerated, what I always tell people at my lectures is that this is based on a reflex – the calming reflex. If I went around the room and I said I could get a knee reflex from everybody sitting in this room, that wouldn’t seem boastful. It’s just physiology. You can calm any crying baby, when you learn how to do these techniques and you get good at them.

If the baby’s sick, that’s a different story. A study was done at the Boulder, Colorado department of Health, with 42 at risk families. These were drug-using mothers, teenage parents, etc., who all had healthy babies. They took a nurse and sent them to the home (these were trained Happiest Baby educators). They taught them the 5 s’s, gave them the DVD and the CD of white noise, and a big swaddling blanket, and 41 out of 42 reported immediately being able to calm their babies. And the one where it didn’t work, the baby had an ear infection. And once that was treated, the technique worked with that baby too.

What questions would you have for Dr. Karp if you could ask anything?

Letting Go of the ‘Should’s’