Calming Your Fussy Baby: A Primer

As an addendum to my earlier “Colic Primer” I thought maybe it would be helpful to provide some really tangible ideas to try to help navigate the stressful days of colic beyond just saying “Try it all.”

There were many things that were suggested to me to try that failed to do anything. But likewise, there were lots of suggestions that proved to be lifesavers and sanity savers. I’m happy to offer up the suggestions I was given, both those that worked for me and even those that didn’t.

If there’s one thing I’ve learned it’s that there’s no one miracle cure. What works for one baby might not work for another. My miracle cures might do nothing to calm your fussy baby. But my friend’s suggestion might just do the trick.

Here’s my advice: Try everything. None of it may work, but at least you’ll know you tried.

I’m a huge believer in eliminating all variables.

9 Techniques for Calming Your Fussy Baby 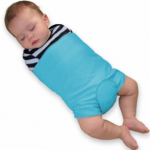 There are so many different types of swaddles on the market it’s really hard to know which one will work. Everyone suggested I try the kind that fits like a straight jacket, but my daughter was able to break free from it.Other people suggested the kind that zips up and holds the baby tight inside.

The kind that has velcro wings proved to be most effective for us. Swaddling really was a lifesaver in our household. My daughter had such a strong startle reflex that the swaddle helped to soothe and settle her into the only sleep we were ever able to get.
View a detailed comparison of the 5 best swaddle blankets

This is another product that was vital in our house. We did not leave home without our white noise machine. 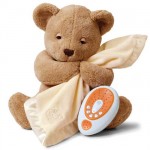 Like swaddle blankets, there is a plethora of different machines on the market. Some have soothing river sounds, others play soft music or the sound of a heart beat. The best advice I can give when searching for a white noise machine is to make sure it has white noise (a lot of sound therapy machines oddly don’t), that it can operate on batteries (portability was key for us) and, most importantly, that it has a continuous play option.

Most machines on the market have an automatic shut off after 90 minutes. I have no idea why. The last thing you need when your baby finally settles into a deep sleep is the sudden cessation of sound. To this day I get longer stretches of sleep out of my 3 year old when white noise is on in her noise. 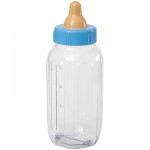 I was exclusively breast feeding my daughter and constantly wondered if I had a supply issue or if there was something in my milk that was upsetting her. We ruled out the supply issue (which oddly did become an issue later) and so I went on a lactose-free diet to determine if she had an intolerance. That was a bust too but I’ve heard of quite a few cases where it did end up reducing the fussies in their newborns.

If you’re formula-feeding there are soy-based formulas as well as hypoallergenic formulas that have neither milk nor soy, as both are common allergens in babies. It’s so hard to know if something that is being ingested is causing the colic, and in my case it wasn’t. But it’s worth investigating to see if there is an issue there. I gave Ovol to both of my children and while it did nothing to settle my daughter, it did seem to help with my son’s digestive discomfort. It definitely couldn’t hurt to try.

I also gave both kids probiotics in drop form on a little spoon every day and while it wasn’t the miracle cure for me that it has been for other people I know, I noticed a definite improvement in their digestion. Probiotics helped regulate their immature digestive systems, and as fussy as they were as newborns, they were worse when they weren’t getting the probiotics.

At least consider that it may be reflux

No one really knows what causes colic, but I have heard on more than one occasion that it is exacerbated by reflux, which is quite common in young babies. My pediatrician did not medicate my daughter who most definitely had reflux, because she was gaining weight in spite of it. If I could go back in time I’d insist he give me medication for the reflux. Who knows if it would have done anything but it might have.

This goes back to my ‘remove all variables’ point. I wish I had been more of an advocate for my child and insisted we treat the reflux. The medication isn’t strong. It’s the same medication they give pregnant moms to deal with extreme heartburn. It can’t hurt, and it might help. 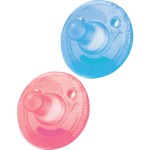 “They” say giving a pacifier too early could hinder breastfeeding. Given that the screaming was hindering my sanity, I was okay with testing out the theory. I tried giving soothers to both my kids within the first week of life. Neither of them were interested, but my daughter did find one that she took for a week or two before she stopped altogether.

The soother most people have luck with is the round kind they give in hospitals. But try anything. We tried literally every soother on the market when my daughter was a newborn.

Try a bouncy seat and/or swing 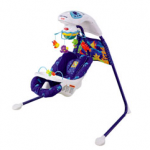 My daughter hated the swing. But my son loved it. Some people I know were only able to get their children to settle and/or sleep in the swing. If it works, for the love of all things holy, use it.

If you find something that works, take advantage of it. If you get a 4 hour stretch of sleep in that swing and are lucky to get 45 minutes without it, accept that that swing will double as a bed. Getting enough sleep is an important a health concern as any.

We had a bouncy seat from before my daughter was born but for some reason she didn’t like it. We were at my brother’s and he broke out my niece’s old bouncy seat and my daughter settled immediately. This one was more reclined than mine and had a stronger vibrate on it.

It’s worth trying another brand if the one you have doesn’t work. Oddly, I find the older models (Kijiji is your friend) better than the newer ones.

I know Holly had great success with the Fisher Price Aquarium Cradle Swing. If you haven’t been able to find a swing that works, you might want to check it out.

Wear your baby in a carrier 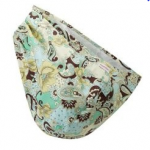 Baby Bjorn, Beco, Pickolo, Snugli, Ergo, the list goes on and on. The best way to know which carrier is best for you is to physically try them out, with your baby, to see what works best.

At some point in the first couple of months of my daughter’s young life I realized if I wanted her to nap, it was going to be on me. It made it difficult to do anything. Getting a carrier (a soft carrier was necessary for us. She didn’t like the harder carriers) and getting her to nap there got her the sleep she needed, and gave me my arms back so that I could eat! I resisted trying a carrier thinking my daughter would hate it. I wish I had tried it earlier.

Read the Happiest Baby on the Block by Dr. Harvey Karp 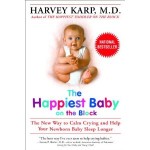 There is not one person I met who knew of my daughter’s colic who didn’t suggest Dr. Karp’s book. It got to the point where I got frustrated by it,because I heard the suggestion as often as random people in public would suggest my daughter was hungry.

That said, Dr. Karp is no dummy. His techniques DO work. The biggest frustration I had was that they worked as long as you did them. But the minute I stopped shhhing, or swaddling, or any of the other 5 S’s, the screams would return. That said, they worked to soothe them when I was doing them, and any reprieve was worth celebrating. If you haven’t read this book, get it. Get it now.

The Key to Calming Your Fussy Baby? Trial & Error

If we knew what caused colic there would be no need for so much trial and error. I needed to know if there was something I could do to make my daughter happy, to make her better. I kept thinking I was doing something to cause this and that if I just found the magic soother, magic food, magic anything, she’d be a happy baby.

In the end, it turns out that she just needed to grow out of it. But some things definitely worked to help us get some reprieve and some rest. As for the things that didn’t work, at least I tried to know they wouldn’t.

At the very least, you’ll know you tried.

And the Winner is…

Huge thanks to Well.ca for sponsoring our Moby Wrap giveaway, and to everyone who entered to win.

Unfortunately there could only be one winner. But fear not! Well.ca is offering our readers $10 off any $40 purchase (first time customers only) through April 1. Use code: FUSSYBABY at checkout.

So without further ado, the winner is…….

Rachel of rachel-l-k.blogspot.ca! Rachel, email me to claim your Moby Wrap. I know you’ll love it!

Previous Post How to Wear a Fussy Baby Next Post Help! My Toddler is a Fussy Eater