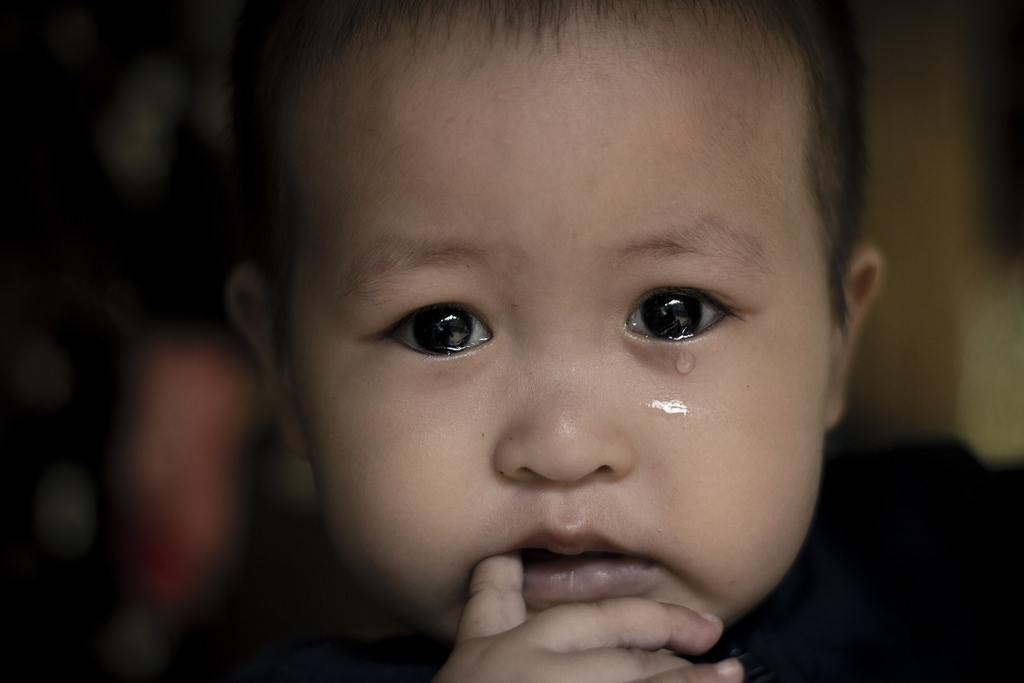 I was exhausted from another day of screaming.

Just when it seemed like the light at the end of the tunnel was shining on us, we were in the dark again.

At 8 months, I have spent my every waking and sleeping moment with our son, save for a reprieve of a few hours in which some generous soul would attempt to watch him.

When colic set in at two weeks old, it was more than I could handle after a difficult pregnancy that left me with a pelvic dysfunction.

Also, our son’s sensitivity to environment was so great, his reactions took us by surprise.

It was as if he was overwhelmed by being born.

I remember the day in the hospital that the nurse informed me he had passed his hearing test. I already knew that, because I had seen my baby, only hours old, jump after being startled by a closing door.

Yet, I had no idea what was to come and how our lives would be turned upside down by a baby who never napped, demanded to be held constantly, and cried constantly.

I still expected to be able to take him places, do things, have others spend time with him.

Very soon I learned that wouldn’t be the case. In fact, by the time he was a month old, he was in full fledged colic fits that could last for up to twelve hours.

I switched pediatricians, at first seeking a doctor with knowledge, and ended up settling for someone with sympathy.

Grandmothers would get up and flee the room at the slightest hint of a crying fit, after having front row seats to five hour soothing sessions in which my husband and I did everything but stand on our head to stop the crying without much success.

More than once, someone would spy my adorable little bundle and move in for a closer look. They would peek into his stroller, proclaim his cuteness, and then reach out to playfully touch his little foot.

Oh no! He would erupt in screams which could take me hours to get under control. My baby’s admirer would look shocked. “I’ve never seen a baby do that before,” they would say dumbfounded.

It was frustrating not to have an explanation beyond generic words, to have a generalized term like colic which many people had heard of but never experienced.

Who ever heard of a “high needs” baby? Aren’t all babies high needs?

I longed for a more tangible and comprehensible diagnosis that I could spit out at people to make them understand, but there is no magic medical terminology.

There is no way anyone understands unless they have gone through it.

I longed to make our square peg baby fit in a round hole of how we thought a baby should be, how he should react, and what we should be able to do with him.

It wasn’t long before my attitude changed and I realized that it wasn’t our son that needed to change, but our expectations.

This meant I had to put my foot down when others wanted to hold him, visit, or engage him beyond the comfort zone.

It wasn’t easy being the bad guy and seeming like an overly protective parent, but it was us who paid the price if something disturbed him and sent him into an episode.

No one else was going to be driving home in a car with a screaming baby.

No one else was going to be stuck in a guest room or the church basement attempting to nurse him down from mania.

Putting my foot down and creating safe and comfortable environments for our son was sometimes the only way to insure peace in our family, and others needed to understand that.

I could no longer jam the square peg of my son’s personality into the round hole of the world around him.

Some people still expect our son to be the baby he is not. Some people blame us.

I wish I could share a happy ending here, but my son’s story is just beginning.

We have seen many improvements, most notably when he could sit up on his own, and then crawl. We expect with each new trait of independence that there will be happier times ahead.

But for right now I continue to stand firm in in my attempts to provide a safe and soothing environment for my fussy one, attempting to lay a solid foundation for his comfort and our sanity.

High need babies may not respond to techniques or strategies that work for other babies. But that doesn’t mean it’s impossible to know how to parent them! The Fussy Baby Survival Guide covers everything from sleep, to soothing techniques, to tantrums.

Get your copy now!

Monica lives with her loving husband, 9 month old son, and three dogs in rural southern New Jersey. A former librarian, she now enjoys being a full time homemaker. She blogs about country life and motherhood at The Mennobrarian.

Previous Post The Aftermath of Colic: Are You ‘Over It’? Next Post Jeni’s Story: Breastfeeding the Fussy Baby