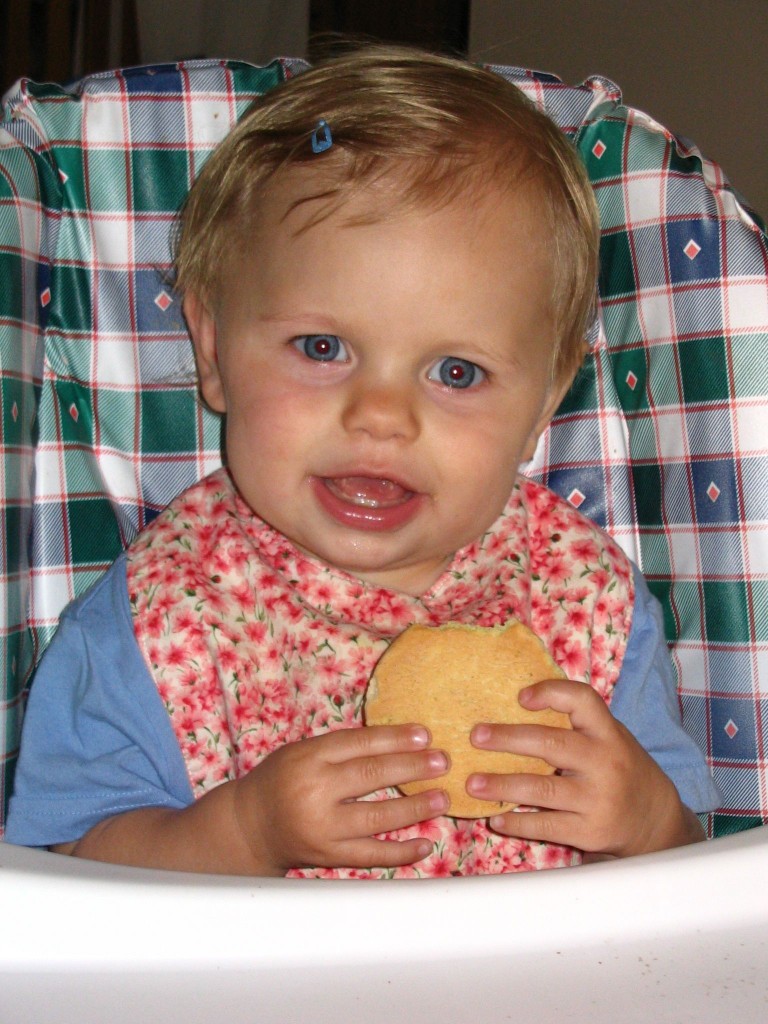 Turns out, fussy babies often become fussy toddlers. And one component of this fussiness is picky eating (anyone surprised? Didn’t think so).

Both my kids were fussy eaters as toddlers. I wish I had understood then what I know now: They didn’t die of picky eating, they didn’t experience failure to thrive, and they’re turning out to be relatively decent eaters (relatively being the operative word).

Sammy is still a fussy eater. I’ve pretty much given up making him eat potatoes because the past 3 times we’ve insisted he eat them, he THREW THEM UP. I’m all for being firm and everything, but I’m letting go of enforcing the whole ‘you have to eat at least 1 bite of everything‘ rule. At least when it comes to potatoes.

Anyways, below are some tips I’ve gleaned from healthcare professionals, friends, my own experience, Dr. Harvey Karp, and Dr. Jack Newman. I’d love to hear if you have any other tips, in the comments below!

Present the food in an appealing way

I think sometimes we forget that toddlers are little people, with their own preferences, and their own sense of aesthetics (maybe not the same as ours, but still).

I know I’m guilty of this at times: I assume that because I like a certain food, I can throw it in front of them and expect them to be excited about it. Remember that they’re just learning about healthy eating habits, and are constantly experiencing new foods for the first time.

Impress them! Present the food on a fun, colourful plate. Use cookie cutters to cut out their bread, meat or cheese. Talk about why you love that food, why it’s good for our bodies, tell them about the first time you tried that food.

Offer a variety of foods in very small portions

When you dish out your toddlers plate at a meal, put tiny amounts of each food on the plate. That way if they don’t like a particular food, they know it’s only 1 or 2 bites and it’s gone. If there’s something they love, they can always ask for more.

Limit the snacks and drinks

This is a big one we noticed with Sammy. He LOVES to drink milk and juice, and if we let him, he’d be drinking it all day. Problem is, when he drinks between meals, he’s not hungry for dinner. So in our house, if you’re thirsty between meals, you drink water.

Same goes for snacks. Try to institute regular snack times, rather than just a ‘give him a snack because he asked for one‘ policy. Be mindful of giving snacks too close to mealtime, *especially* when you know that what’s on the menu isn’t going to be a favourite.

When you have a toddler who’s a fussy eater, I know how tempting it can be to just dish out the snacks whenever the mood strikes him. But part of teaching healthy eating habits is learning that we eat at regular intervals.

[edited to add: What I’m referring to above are unhealthy snacks. Kids should have access to healthy snacks like fruits and veggies whenever they’re feeling hungry].

We found that by telling Sammy the clear liquid in his water bottle was ‘power juice’, he gulped it down. Cutting his whole grain toast into little strips and calling them ‘dragon fingers’ has made them a favourite.

I’m not saying lie to your kid and tell her it’s something other than what it is, but there’s nothing wrong with adding a little mystery, a little pizazz, or a clever little back story to a food.

A favourite in our house are ‘snack plates‘. You can serve pretty much anything on a snack plate, and the kids will eat it. Give them a sandwich with meat and cheese, they scoff. Give them 2 pieces of buttered bread cut up into little pieces, cubes of cheese, and ham cut out into the shape of a dinosaur, and they devour it.

Some food ideas for snack plates: Cut up apples or bananas, a small bowl of yogurt (put on the plate. It IS a snack plate, after all), cheese, crackers, whole grain toast or bread, rolled up deli ham or turkey, carrot or cucumber sticks with dip, pepperoni sticks, cheese strings, leftover meat cut up into cubes, apple sauce. And always on a snack plate, one small treat like a cookie or a candy, which can be eaten at any time, even before the healthy stuff. I’ve noticed my kids sometimes even save their treat for the end. LOVE that they’re learning delayed gratification at such a young age!

Not that these are always bad, but they may be filling up your toddler’s tummy to the point that she just doesn’t want that apple you’ve cut up for her. High carbohydrate snacks like cheerios, crackers, and teething biscuits may be very palatable to your little one, but they may also leave her wanting more of the same. Then when you offer that avocado, what do you think she’s going to choose?

You can’t force a kid to eat

What you can’t do is make them eat. If a toddler doesn’t want to eat something, they won’t. Simple as that. If you they want to, they’ll throw it up. What you can do is say, ‘If you really don’t want to eat those peas, that’s OK. We don’t have cookies until all our healthy food is gone, but if you’d rather not eat the peas, that’s your decision.’

But is Thanksgiving dinner with 20 relatives sitting around the table the time to teach these lessons? Or after you’ve had a really long, hard day at work?

The best advice I ever got was from a public health nurse when my daughter was about 13 months old. Aliya hadn’t been eating much of anything, and I was worried she would waste away, or learn bad eating habits, or worse yet – wake up in the night hungry.

She told me this:

“It’s YOUR job to present the food in an appealing way. It’s THEIR job to eat it.”

I think this is great advice to take to heart. We can do our best, but ultimately it’s up to our child.

Do you have any tips you use to get your fussy toddler to eat? Share them with us below!