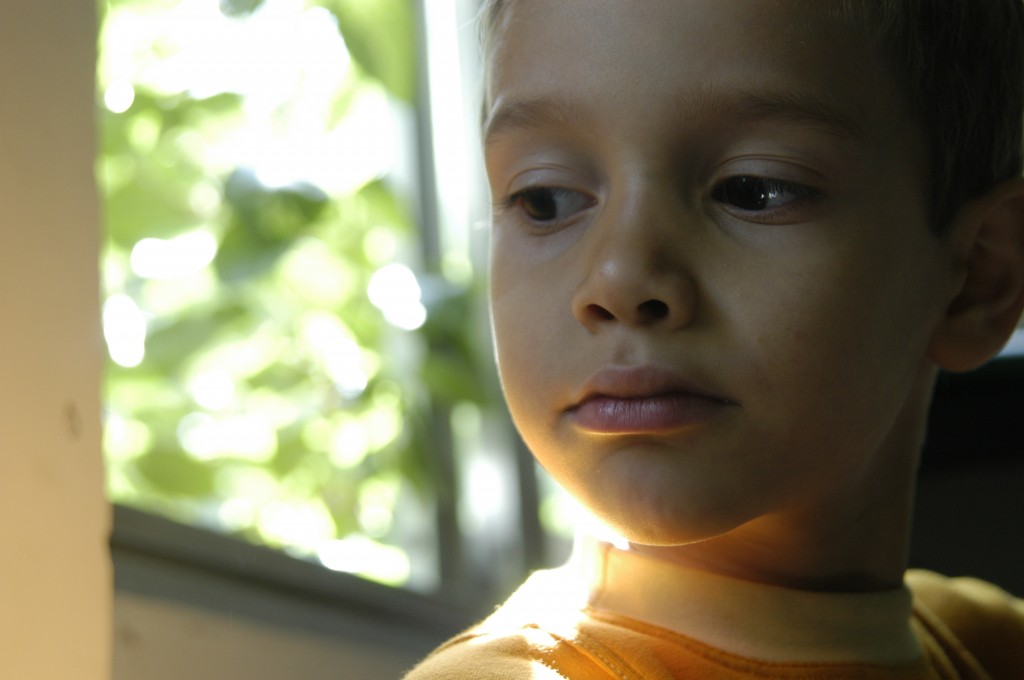 When your child is different than other kids, than 80% of the babies born, it can be hard not to worry. What have I worried about?

Dear God, the list could go on for miles as far as what I have worried about since Dominic’s birth!

Up until now, I’ve been able to shrug off the worries as they come or talk with someone about them. We’ve had great support from our county’s Birth to Three Program thus far and I’ve even cried to them about how hard it is to parent Dominic some days.

About how I’m scared he’s never going to learn to talk or dress himself or potty train. And they’ve always given me confident, reassuring answers. Always. I cling to any positive feedback about my child like I might drown in a sea of worry if I let go. And I think I would.

You see, I know Dominic is amazing and special. I know that in my gut and in my heart of hearts. He’s my wild pony. He has a life force that lights up a room when he’s happy (and clears a room when he’s mad). Everyone likes him. He’s so flipping cute and has this awesome laugh. His mannerisms are so quirky and whimsical that he keeps people in a constant state of smiling. Few can resist his charms even though he seems slightly out of step.

I’ve been able to chalk up his idiosyncrasies to having a highly sensitive temperament and speech delay until someone kind of stole that from me by asking me if my son has autism.

(Shock, sinking feeling in stomach, awkward silence). “No…. that was ruled out at his 18-month well-child visit by his pediatrician “

Then the person went on to say that the way he flaps his arms and walks on his toes is very common in children with autism. “No, he just likes to do that.”

First of all—- WHO in the You-Know-What asks that to someone? Wow.

Second of all— This person was just someone we were interviewing to babysit, and who will not be. So it was easy for me to hush the worry in my head. She isn’t a doctor or a psychologist after all. Why worry?

But then I brought up the subject with his occupational therapist and was encouraged to have him evaluated to “rule it out.” Ugh. I wanted to hear… “No Amanda, your lovely son is NOT on the autism spectrum and don’t give that woman’s opinion a second thought. She’s obviously stupid.” No such luck.

Since then my husband and I have been processing this together having good days and bad days with what we think he “has” or doesn’t “have.” And the most important thing we keep arriving at is that we love him. No matter if he is on that big bad spectrum or not, we LOVE HIM.

He is still amazing and beautiful. He can still do something wonderful for this world. I truly believe that and I guess that’s what matters most because if we lose hope for his future, he’s got no choice but to lose hope in himself. I can’t ever let that happen.

I’ve researched ASD and the disordered on the spectrum that aren’t autism. He fits a lot of the criteria, but misses in some key areas too. So we’ve set up an evaluation for the beginning of October and I’ll just keep calm until then, and God willing, after that too, no matter what the diagnosis is or isn’t.

He is still Dominic no matter what and I’m still going to fight for him every step of the way.

Amanda is the owner of Ready or Not – A Baby Planning Service. She is in love with her toddler and her husband and derives much of her writing inspiration from her family experiences. To learn more about Amanda and what she does to help pregnant and new parents, please check out her website at www.readyornotbabyplanning.com