Whenever I start up a conversation with a random mom and they mention that they had such a good first baby, but that their second one is much more difficult, I immediately tell them about The Fussy Baby Site.

It is the place where I found solace, where I realized that it wasn’t just me and I want to pay it forward to anyone else who may get use out of it. 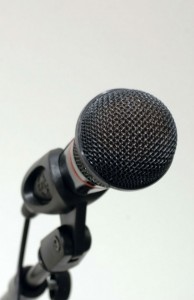 When I mentioned the site to my family or some friends I seem to get crickets.

I don’t know if it’s because of the name of the site or because of my excitement for it but, either way, there is silence and then a slight head nod but that’s about it.

Recently, I was at my friend’s house for lunch. We have a mutual friend who had a fussy/high needs/high maintenance baby about a year before I had Emma.

I remember when she had him and completely disappeared from our group I often wondered what was going on with her.

She never really answered except to say he wasn’t sleeping, he was pretty difficult, etc.

I specifically remember a conversation with all 5 of us good girlfriends telling her she absolutely must make him cry-it-out.

She would tell us that it’s difficult to do so because of his personality (he’d go nuts in a matter of seconds and wouldn’t calm down) and then… crickets… then our heads offer a slight nod.

Later we’d talk about it amongst ourselves and to our spouses shaking our head vigorously.

However, now, I understand it all.

Emma is the same.exact.way. Not too long after I had Emma, I apologized to this friend telling her I didn’t know anything at the time and I shouldn’t have judged her.

So, at this friends’ house for lunch this week, She was saying how she had spoken to our mutual friend and how she was saying that her son still wakes up in the middle of the night for a feed at almost two years old.

My friend balked and said that he didn’t need it and that she shouldn’t appease him that way. I told her that I could completely understand that if that’s what works for them that we shouldn’t judge her and I further mentioned how much I had learned from The Fussy Baby Site.

I started rattling off things such as high needs babies, spirited children and all about active alert.

After my breathless explanation of understanding and then trying to explain Emma (why I still feel the need to “explain” Emma is beyond me). The reaction that I got was, well, crickets.

I realized then that all of us moms and dads of the aforementioned children are a part of this exclusive club that we never wanted to be a part of. This club is one that unless you belong to it, you will never, ever understand it.

Sometimes it feels as though we meet in a dark smoke-filled basement of an abandoned night club. This hidden underground group of women resembling the “Vagina Monologues” and grossing out anyone who doesn’t belong.

Instead, it’s a sanctuary of sorts. It’s a cathartic place where we all found a common ground. A place where we feel sane. We aren’t a group of complaining moms or miserable parents who regret the chain-like umbilical cord our child shackles around our ankles.

We are happy for our friends who have easy-peasy babies (even if it sometimes makes us cry when we get into our cars after a play date).

We are frustrated because there aren’t enough outlets out there to tell us what to expect.

No doctor shares with us these terms “High Needs” or “Spirited”.

No nurse or pediatrician listens to our child’s symptoms and states that there is a place for us to find others like “us”.

Often I feel as though we are aliens in search of members of our species in a pool of humans. All we want to do is connect and feel a bond. Know that what we are feeling is normal – that our child is normal and that there is an end in sight, there is something to look forward to, it gets better and you will bond with your child.

This is what this site meant for me.

It made me look forward to the day when Emma would shine and when I could appreciate her when she did. And she does. She shines like a sun crystal on a bright day.

She is more than OK – she is amazing.

Three months ago I would have never thought this day would come, but it did.

In fact, I think we grew together. I accept her and she no longer reacts to my anxiety.

What we need to do is turn on a fan to blow out the smoke, turn on the lights in that damp old basement, open the curtains and setup our tea sets (or margarita blenders) to invite everyone in.

We don’t need to hide, we need to do what we women do best – spread the word about our beautiful and special children so that everyone understands and everyone knows before they give birth about the resources available in case they have a “fussy baby”.

I found this site when Emma was 5 months old. It helped me so much but I wish I had known about it before I had her. I wouldn’t have beaten myself up and I wouldn’t have let anyone else beat me up either.

I now share it with anyone I know who is pregnant. I always say, “You probably won’t need it but even so, it offers so much more wonderful info that it’s absolutely worth checking out.”

As I said it in my last blog, “If we open up and be honest about all of our lives we’ll see how hard it really is. Then, instead of judging we can actually join together and help each other so that no one suffers in silence.”

I want to drill that in because it’s so true. When we hold things in, when we have secrets of any kind – those secrets hold us down.

The best thing is recognizing that we aren’t alone in this. We are all a part of this exclusive club that none of us wanted to be a part of. But we are, and we are here for life.

My mother in law still talks about her fussy baby (my sister in law) with a wild look and a tear in her eye.

Let’s make it worth our while.

Sophie is a 30-something first-time mommy who is finally getting a good nights rest after 8 months of desperately seeking solace. She feels blessed to work from home because of her hapless and supportive husband of 6 years. Together, they are enjoying Emma’s ever growing and all encompassing personality every day.

Our Review of the Sleepy Stroll

50 Secrets To Parenting A Spirited Child