Kimberly’s Story: Single and Unemployed with a High Need Baby 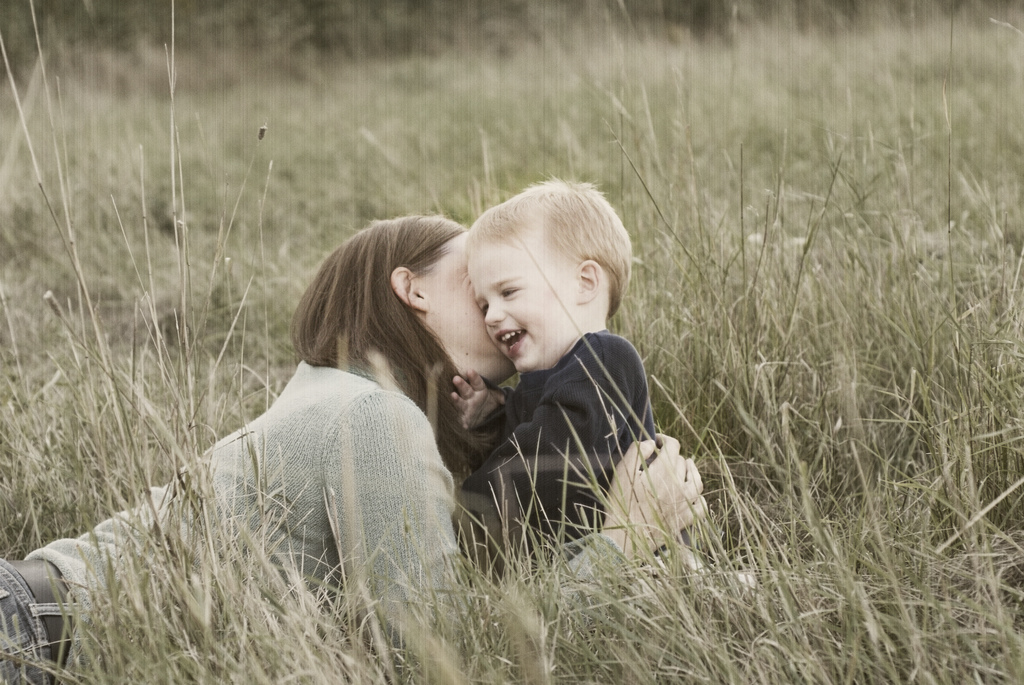 It wasn’t until one day when nursing my son to sleep that I was frantically Googling WHY my child had his particular behaviors that I came across the Dr. Sears site about the 12 Features of a High Need Baby and did it describe every single trait of my baby boy! I mean seriously, I couldn’t have written it better myself. Had I known what one was ahead of time, MAYBE it would have made single parenting him that much easier…or maybe not.

I guess you can say that my son was HN from the second he was born. To start, aside from being VERY active in the womb, he was positioned sunny-side up, which resulted in me having an emergency c-section.

With family at work and my child’s father having flown back home to the other side of the country that morning, I was there alone the entire second day at the hospital. The nursery was closed due to lack of staff, so it was just me and him.

Every time I went to pee, he cried. Whenever I tried to put him down in the bedside bassinet, he cried. I gave him the pacifier, which would soothe him for a second– but then it’d fall out and he’d cry.

One of the nurses was nice enough to come and take him so I could shower, but that night was also rough. All he did was cry. He wasn’t wet. He wasn’t hungry. He just wanted to cry. I was pretty sure I was on the verge of my first mental breakdown until the night nurse came and took him from me for a few hours so I could get some rest. A nice gesture, except that when you’re in a hospital, there’s ALWAYS someone coming into your room for SOMETHING.

Before I knew it, my son was back in the room with me, and I still hadn’t slept. Needless to say, the rest of that night, I ended up sleeping with him on my chest. Dangerous, yes– but it was the ONLY way I was going to get some rest that night…and several nights afterwards.

As if it’s not stressful enough having a HN baby all day, when you add in being a single mom who is also currently unemployed, it becomes a recipe for a complete meltdown: How in the world does one find time to apply for jobs with a child who doesn’t sleep often, and who requires every second of my attention when he’s awake?

It’s almost impossible to conduct phone interviews when alone during the day. When I do get asked to come in for in-person interviews, I always stress about who is going to keep him. Then I worry about if I were to land the job, who will keep (and tolerate) my HN child?

I sometimes wonder if it’s in my destiny to just stay at home with him until he’s school age. Back in the day I used to joke that when I grew up, I wanted to be a stay at home mom. I guess we should be careful what we ask for, because we just might get it…and it may not be exactly what we had envisioned.

I don’t know when I’m going to have time for me anymore. While I would LOVE to move out of my mother’s place and back into my own, Lord knows I probably couldn’t handle a HN child while living by alone…at least not while he’s an infant.

I’ve given up on dating, on seeing and talking to my friends on a regular basis, and on doing certain things outside of the home out of fear that my HN child will make the experience miserable.

I’m not sure what the future holds for us.

However, every day I also try my hardest to stay positive, learn about my son a little more, and anticipate what sets him off so that I can avoid it in the future. He enjoys being outside, so I put on my sneakers and go on a power walk so I can at least work on my health while keeping him happy.

He enjoys eating solids in his high chair, so I plan my meals around his so we can eat together.

He likes to fall asleep cuddled next to mommy, so if I don’t have anything else immediate to do, I’ll go right ahead and cuddle and sleep with him.

Honestly, on the good days I question whether my child is really HN or if I’m just a sucky mom…but when I see my son smiling at me I realize that I AM a good mother, and that there are just children that demand a little more out of life.

Now that I think about it, my son just may be growing up to be exactly like his mother!

While having a HN child has certainly been the hardest part of being a single mom thus far, I’m hoping that as he learns to walk and talk to express himself that it’ll at least become a little easier. I know it’ll probably bring on a whole new set of problems, but at least then the reason behind the crying fits won’t be a mystery.

I know that with each breakdown that I experience, that I’m becoming a stronger and better mother. Nothing feels better than to look back and know that I got through something and to survive to tell another my story and advice.

My little boy is 8 months old now and it brings tears to my eyes looking at how quickly and fast he’s grown– so the best thing I can do is roll with the punches and try to enjoy not just the ups, but also the downs…because as everyone always tells me and every other new parent, “He won’t be a baby forever.”

You may also enjoy Nothing is Wrong, She’s Just a High Need Baby

Born and raised in Alexandria, VA, Kimberly is a single mother to one son. She has always enjoyed blogging and sharing her story and now enjoys writing about her experiences as a first time mother. Her other interests include reading, fitness, traveling, and event planning.

Image courtesy of photosavvy under CC 2.0

50 Secrets To Parenting A Spirited Child

Do You Have A High Need Baby or Spirited Child? [Quiz]