For mothers and fathers who are trying to cope with a very colicky baby, the best thing you can do to lower your frustration and anxiety is to accept your child for who she is. 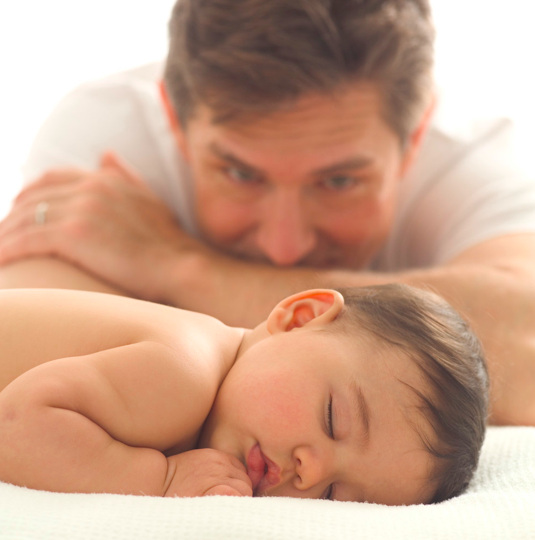 Who wouldn’t accept his own child for who she is?

Well, I can tell you that, to some extent, we didn’t. And if you ask yourself constantly why your fussy baby can’t just be like normal babies, then you’re not completely accepting your child for who she is either.

This isn’t surprising. An important part of why we want our babies to be “normal” is so that we can show everyone else around us that we’re good parents – better than good. Like everything else in our culture, parenting is partly about being successful in the eyes of others.

When it comes to parenting, our desire to conform to social expectations cannot be underestimated. But how can you be parent of the year (see, competitive title) when your child’s running you ragged and making you look like you’re out of control of your own life, not to mention his?

Let it all go. It’s hard enough raising a fussy baby – an intense child. The proof will be in the pudding, so to speak. And then let everyone judge, if we must. We know what we’re doing. We’re tuned into our children. They don’t give us a choice.

One of my worst moments as new parent of a colicky infant- and I can actually laugh about it now, was standing in the waiting lounge at the Ottawa airport, jiggling Chloe back and forth while she screamed blue murder.

There was a rocking chair, and I’d sit and rock her back and forth, then stand and rock her, and then sit again. She screamed like she had appendicitis, and the other people in the lounge just stared or looked at their feet uncomfortably.

We were on our way to B.C. Chloe was 3 months old. We had a connection in Toronto. We almost called the trip off in Toronto.

But there was nothing wrong with Chloe. Chloe was just being herself. And that meant an extremely aware, extremely sensitive, extremely overwhelmed little girl. She lacked the coping skills to deal with what she was taking in. We were doing the right thing as parents to try to comfort her. It’s just that there’s only so much we could do. The rest Chloe had to figure out for herself.

One day at work, in the height of Chloe’s fussiness, a colleague of mine came up to talk to me. She had heard about Chloe’s colic (who hadn’t) and she told me how her daughter had also had colic.

I asked her, “and you got through it – the colic subsided?”

She hesitated. “Yes,” she said. “The colic went away, but whatever was behind her colic didn’t. It’s part of who she was, and it’s what’s made her who she is today – a kind, sensitive, insightful young woman.”

I never forgot what my colleague said to me that day, and how important it was to my outlook. It gave me hope. But more importantly, it let me see my child not as other, but as unique – a small but crucial distinction.

We had been looking at Chloe in the context of our own expectations and of everyone else’s. Instead, we needed simply to look at her. Once we started to accept that our baby wouldn’t often act the way we would have liked, that she tended to march to her own beat, daily life got a little bit easier. It’s the disappointed expectations that are hardest to take.

Now, at three years old, Chloe’s already demonstrating traits that make her parents proud. She’s emotional, yes, and still has trouble coping at times. But she’s also sensitive to others’ feelings, in tune with the needs of her family – especially her sister, and incredibly open and empathetic towards everyone she meets.

Her biggest faux-pas right now is hugging too much (especially the boys). But strangely, when she gives them, the hugs are accepted. It’s as if the other kids can sense the sincerity in them. And who doesn’t need a genuine hug from time to time?

As for coping, she’s learning new strategies every day, just like she did when she was three months old.