Kristin’s Story: “My Son’s Colic and High Needs Contributed to My Postpartum Depression” 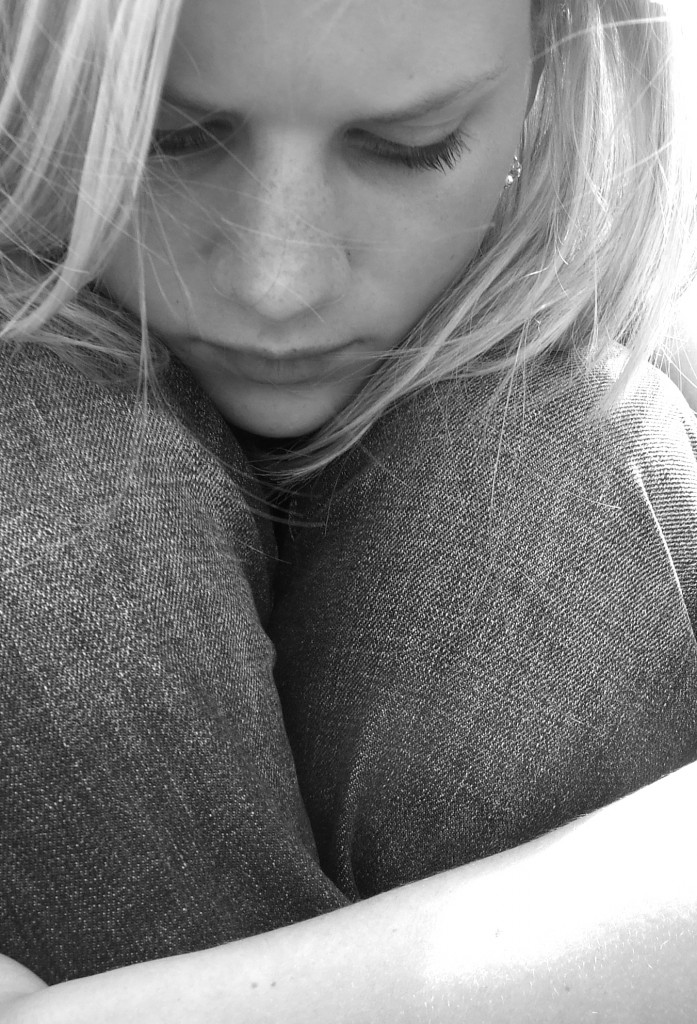 My seven-month-old son, C, looked at me and cried.

He wanted me to interact with him constantly, and I just didn’t have the energy.

I didn’t have much energy anymore. It seemed like my energy was being replaced with rage and hopelessness.

These words repeated in my mind. I mentally pleaded with C to be quiet and play on his own. As the moments passed, the pleading became more urgent. I was stressed to tears. I felt an uncontrollable, unstoppable rage build up inside of me. “Please stop!” I yelled, over and over.

As I browsed my Twitter feed later that night, I came across a tweet from a blogger I followed. I clicked on the link to her post about her recent diagnosis of Postpartum Anxiety. I saw myself in her story, and clicked on her links to resources about Postpartum Depression (PPD) and Postpartum Anxiety (PPA).

It all became clear. I was suffering from PPD and PPA.

I knew that I couldn’t go on like this. Every day felt worse than the last. I was in a dark, bottomless pit.

The next day, I called my doctor and they saw me that week. I was diagnosed with moderately severe PPD and began taking antidepressants immediately.

I wish I had known more about PPD, because I think I would have recognized my symptoms earlier. My doctor had only asked me if I felt depressed, and I had never felt depressed. I was anxious, hopeless, enraged, easily irritated, exhausted and experienced intrusive thoughts, but I didn’t feel depressed.

If I had been aware of the risk factors for PPD, I would have been on higher alert. After all, I was a prime candidate:

C was a big surprise for my husband and me. We had just moved to a new state to start graduate school. One month earlier, I had been diagnosed with Polycystic Ovarian Syndrome (PCOS) and was told that it would be difficult for me to conceive a child.

But, surprise! I found out I was pregnant exactly one week after starting my graduate classes and graduate assistantship.

The next month was extremely difficult, as I ended up with hyperemesis. The pregnancy made me so ill that I was unable to attend my classes, and was forced to withdraw from school. That meant that I also lost my job.

In the matter of six weeks, I had gone from a graduate student who thought she was infertile to pregnant and unemployed.

Other than the general misery of aches, pains and exhaustion, the rest of my pregnancy went smoothly.

Labor and delivery was a different story. After twelve hours of hard labor and two hours of pushing, the attending OBGYN declared a “failure to descend” and I was prepped for an emergency C-section.

A nurse capped off my epidural long before I was moved to the operating room, and the pain medication completely wore off.

My child’s head was stuck in the birth canal, I was told not to push, continued to experience intense contractions and I could feel everything. I came to realize that the term “blinding pain” is real.

When they finally pulled C out of me that April morning, they discovered that he had inhaled meconium. I barely was able to focus my tired eyes on his sweet face before he was rushed off to the NICU.

It was over an hour before I was able to see him again, but when I did, he was perfect.

That perfect little boy ended up with two long, arduous months of colic. He certainly pushed us to our limits. There were days when I thought the colic would never end, and there were other days when I didn’t know how we’d survive it.

He entered his third month of life as a completely different baby, full of smiles and giggles. That wasn’t the last of his testing though! He quickly revealed his high needs and spirited personality.

He wanted to be held all the time. He screamed when we put him in a baby carrier or sling, because it limited his movement and view.

For months, he refused to nap unless he was held.

Sleep training did not work for him. We tried everything, but nothing worked. I felt like a failure.

He wasn’t happy unless we were actively entertaining him. I felt like I could never get a break, even to use the bathroom. Again, nothing worked. He needed that constant interaction.

As the months progressed, I started to feel less like “me” and more like a shell of my old self that would never be the same again. I started to become numb to emotion.

I knew that I loved my son deeply, but I couldn’t feel it. I couldn’t feel anything anymore. That’s when that day in November arrived, and I realized that something was wrong.

I believe that a child with high needs and/or colic can strongly contribute to the risk for postpartum mood disorders.

If you’re visiting this site, you know how hard it can be to have a spirited child! I encourage all new parents to educate themselves on the risk factors and symptoms of postpartum mood disorders.

It is possible to have depression without experiencing a depressed mood. Depression and other mood disorders manifest themselves in different ways.

It’s a difficult, brave thing to ask for help.

It’s a long road to recovery, but it is possible to feel happiness and joy again.

If you would like more information on postpartum mood disorders, Postpartum Progress is an excellent resource.

Kristin is a stay-at-home mom, writer and social media marketer. She resides with her husband and one-year-old son in a university residence hall, where her husband works. Kristin enjoys writing, biking and her long lost love – sea kayaking. You can find Kristin at Little Mama Jama, Facebook or Twitter.

Kristin’s Story: “My Son’s Colic and High Needs Contributed to My Postpartum Depression”