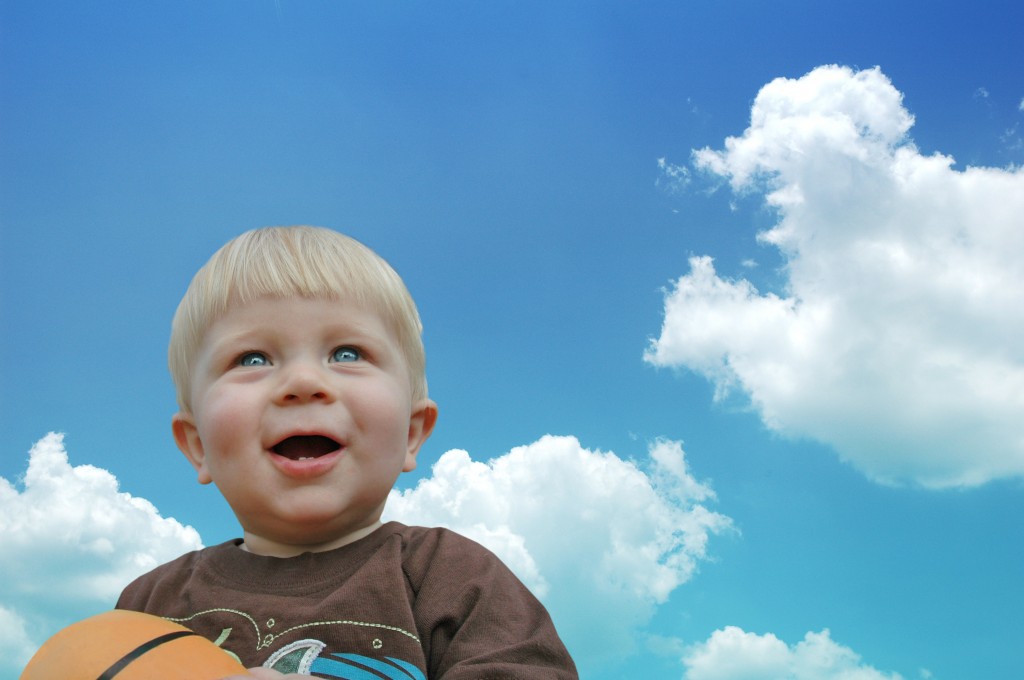 High need babies are known to ‘live out loud’. These are the babies who will let you know their displeasure the very moment their poop hits the diaper, or the second they feel their first twinge of hunger or thirst.

Instead of fussing because they don’t want to go to sleep, they’ll scream bloody murder.

Gas bubble? The world as we know it is coming to an end.

And heaven forbid if don’t respond with lightning speed to her request for food! All hell breaks lose!

There is no ‘half way’ with high need babies. They’re all in, or all out. You don’t find yourself thinking, ‘I wonder if he’s upset?’. You know, beyond a shadow of a doubt, whether he’s happy or sad. There is no in between.

When he’s happy, he lights up the room. When he’s upset, he will let you know – long and loud.

And routines…HA! What’s a routine? Some days she wakes up at 5am. Some days at 7. Some days she naps like a champ, but most days she sleeps in 30-45 minute bursts. When she wakes up, she’s more likely to be grumpy than happy. Somehow, it seems she never gets quite enough sleep!

In the movies, putting a baby to sleep is a relaxing and peaceful experience. But putting your high need baby to bed is more traumatic than anything. What works to soothe him one day, doesn’t work the next. Rocking? Makes her even madder. Singing? How can she hear it over her own screaming? A bath? Now THOSE she loves…unfortunately, it also winds her up to the point that her head is practically spinning 360 degrees.

And then when you do finally get her to sleep (usually after loud and persistent complaining – from you and from her), and you collapse onto the couch to watch Netflix with a glass of wine – WAAHHH! She’s awake and unhappy, and seems to think she’s fulfilled her nightly sleep requirements in those 30 minutes.

As she gets a little older, she is very likely to be into EVERYTHING. She pushes a chair next to the counter and practices her beam routine.  When she’s awake, she’s go go go go go. There is likely no drifting off to sleep; more likely, she cries and screams and screams and cries and then. BAM. She’s out.

This is the kid whose daycare or preschool teacher has your cell number memorized, and isn’t afraid to use it. “Yes, Mrs. Smith, your son pinched Billy again today.”, or “Could you come pick your daughter up? She’s been screaming for 3 hours straight.”. Every day at drop off, he cries. Every day at pick up, he cries.

And food – don’t get me started on food. If it’s not beige and from a box, she won’t even look at it. And when you do manage to get a few bites of peas into her, the texture bothers her to the point she throws it all up onto your shoes. You have NO idea how she’s survived to this point with how little she eats. And yet, she does survive, and certainly displays no lack of energy!

When her cookie breaks, she begs and pleads with you to put it back together. When her favorite red sippy cup is in the dishwasher, she wonders how you could be such an irresponsible parent by failing her on such a fundamental level. When daddy has to put him to bed because mommy is on a well-deserved night out, he will have NONE of that. When you walk in the door at midnight, your husband, sweaty and trembling, hands him to you saying, ‘He’s all yours’.

And yet, as he gets older, something strange starts to happen. You start to see traces of person you actually WANT to be around (gasp!).

One day you realize it’s 5pm and he hasn’t had a temper tantrum yet.

He’s still a picky eater, but he has enough options in his repertoire of acceptable foods that you no longer worry he’ll expire of malnutrition.

She sleeps through the night (at least most nights), and you discover that every day, you feel a little more like your ‘old self’.

Except that you aren’t your old self. Something has changed.

Sure, life still isn’t what you’d define as ‘easy’. Your child is still somewhat unpredictable, and has a definite sense of what she likes (and more importantly, what she DOESN’T like).

But although life (and parenthood) isn’t what you imagined it to be, suddenly you realize – wait for it – that you wouldn’t change her for anything. You wouldn’t give up the sleepless nights, the crying and screaming, the frustration and anger, the temper tantrums – not if it meant your child wouldn’t be who they are today.

No, she isn’t the child you dreamt of. In your wildest dreams, you couldn’t have designed a child like this.

She is fierce. She is passionate. She is the kid the other kids look up to.

He knows what he wants, and know how to get it. He has the energy of a thousand men. He doesn’t walk, he skips. He doesn’t chuckle, he belly-roars.

This is the kid who’s going to grow up to have the drive to be a wildly successful entrepreneur, the respected and fearless leader of a company, or a doctor who has the kind of compassion and empathy we wish all had.

This is your child, who you never expected to have.

But now? Your love for him is stronger and deeper than you knew could be possible.

Now you wouldn’t trade her for anything in the world.

Everything you’ve gone through has made you stronger, and has made your relationship stronger.

It’s all been worth it, because it’s gotten you to TODAY.