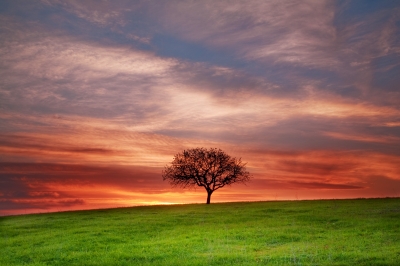 It’s almost unheard of. They can be treading water, on the verge of being pulled under and they’ll still need to be coaxed to reach out.

They meet other mothers in public and attend Mom group activities. They smile, they chat, they try to keep their young, fussy babies quiet so that other mothers don’t find out their secret – that neither they nor their babies are truly very smiley.
Eventually, they stop getting together with other mothers.

It’s too hard to act cheery, too exhausting to play the part of the happy Mom with the perfect baby. They continue to sink further in despair, all the while cutting off ties to those that may share many of their experiences.

The mother of a fussy baby isn’t alone.

There are other mothers going through a difficult time too. But they, like her, often are not ready to talk about it, and certainly not ready to ask for help. They wouldn’t want to admit that motherhood isn’t what they thought it would be.

We like to think we’ve come so far in our blurring of gender roles, in our freedom to choose what’s important to us. But when it comes to the foundations of our identities, what gives us power and confidence, many of us haven’t.

For the most part, men still assess their worth in relation to their ability to look good on the public stage – at work, for instance, while women judge their worth by their ability to be good mothers. And when we reverse these roles, it is not without anxiety, not without a certain something gnawing at our self-worth, putting doubt in our minds about the choices we’ve made.

I know. I felt it when I stayed home with Chloe and Emily.

Mothers don’t ask for help because they’re supposed to be able to do it themselves. It’s in their nature after all, right? To ask for help would be to admit that they’ve failed at the one thing they’re more or less born to be good at.

It’s similar to a man being laid off. If he can’t hold down a job, what good is he? He’ll often slip into a depression; have trouble finding his way back again.

For a woman, admitting to herself, let alone to someone else, that her baby is driving her crazy, that she resents her lack of sleep and her baby’s screaming would be to admit that there’s something wrong with her, not the baby.

She “should” be able to handle the screaming, the sleepless nights, a creature suddenly demanding all of her resources, all of her patience, and every last ounce of her goodwill. After all, it’s a mother’s role, and mothers have always managed before. But of course they haven’t. Not on their own.

They say it takes a village to raise a child, and yet there are no more villages. 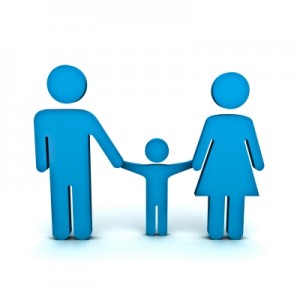 We live in great urban spaces where autonomy is paramount, where “live and let live” is the mantra. And for the most part, this is good.

Gone are the days when every nosy neighbour meddled in the lives of others; where people who didn’t conform to community norms were ostracized or suffocated. But with everything that’s been gained by our libertarian culture, there have been losses.

When I hear stories of my parents growing up, I see a different world – one where individuals were less autonomous, where family members depended on one another for help in the house – perhaps help building the house.

If anything, it’s become somewhat of a rarity for children to even remain in the same town as their parents. Young people are mobile, and they often settle hundreds if not thousands of miles from their hometowns.

At the height of Chloe’s colic, a friend of Julie’s offered her any help she could give her. But Julie didn’t want to ask.

Being the mother of a fussy baby is a significant life trial, even with all of the help and support in the world. Trying to go it alone is a recipe for disaster.

Mothers need to resolve to break the myths that lead them to isolate themselves from each other. They need to take off their armour, stop competing with each other, and learn to admit their vulnerabilities. They need to build new communities, new villages for raising children, for sharing advice, and for providing support.

Communities, like families, like the best of friends, meddle. And they’re very good at it too. They’ll often offer you advice that you don’t want to hear.

But they’re also very good at loyalty, at being there when you need them, no matter how many enraging things they might have said to you yesterday, and for continuing to push you even when you feel like giving up.

An Open Letter To Partners of High Needs Babies’ Mothers

We Are Individuals – And We Happen to Parent

The Truth About Parenting

Previous Post Sherry’s Story: Having a High Need Baby After Infertility Next Post How to Soothe a Spirited Child