In 2008, my husband and I received into the world what would be a compendium of baby experiences to test our patience and our marriage.

Kayah was born in May, 2008, in all of her red-headed screaming glory. We felt blessed – The first days appeared to bring us enough joy that neither of us could sleep. Or, so we thought. 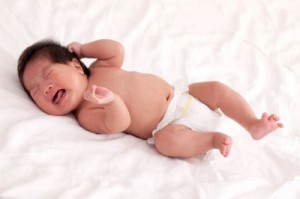 She was a cluster-feeding fussy little one, her poops were green, she was gassy…we had kind of figured out ways to justify what was happening.

My nipples were quite raw from the cluster-feeding and we were reasoning that maybe she needed to feed longer on each side, maybe it was what I was eating, and that maybe we just weren’t going to sleep for some time.

It seemed like all we were doing was rocking, bouncing, driving, swinging, and basically keeping our child in motion. For weeks. Everyone was asking us if she was “a good baby“, if she “slept through the night”- All of the cliche questions that a parent gets in the first few weeks.

I’m sure the dark circles under our eyes told a million stories.

We probably wore a path between the living room and the bedroom doing the circuit every day, several times per day. It was nice to know that I had an entire year off of work – But I’m pretty sure I would have taken the job over the baby at any point over that year.

Well, I wanted answers. I am part of the revolution of mommy-researchers. The army of women turning to the internet – chat rooms, forums, websites, products, and basically anything that claimed some sort of answer and one-size-fits all solution for our screaming bundle.

Labels made it easy to explain what was happening. Being fussy was one thing – but when people would ask if it was colic it definitely worked to just answer “yes”.

“Mrs. P, you have a happy, healthy baby girl. Whatever you’re doing, keep it up!“.

She was growing. The green poops eventually worked themselves out, the gas was worked out with leg pumps, bum taps, and bouncing. Our baby was growing, thriving in fact. She rolled over with gusto at 8 weeks, she crawled very quickly as well. We were dealing with a climbing and almost walking baby at 7 months.

The needs for attachment and the “fussy” child really didn’t ever leave. I started to turn my thoughts from digestion to high-needs. Our baby had quite a bit of attachment anxiety. We couldn’t leave her for very long through that phase, strangers would trigger some pretty rank crying episodes.

We learned to just keep on truckin’ when the episodes hit at the grocery store, while driving, and at family events.

Kayah is just Kayah. We still have troubles with sleep and with fussiness times. She was happily breastfed until she was three years old. 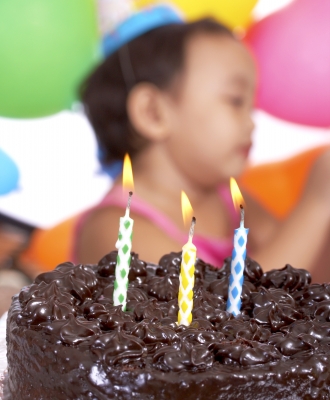 Her little brother Jonas arrived in June 2011 and is taking us on a new journey of fuss (although, I will say with baited breath that we only have yet to experience day time fuss and a few hours of sleep in the night).

Having a high need preschooler and a fussy baby, however, is a whole other experience. I’ve learned to safely bring my screaming baby into the bathroom while bathing Kayah and I.

I’ve had to purchase quick snack foods for myself and for Kayah so that we both get to eat. We lovingly babywear Jonas as well as Kayah as needed. Just a few weeks ago we moved Kayah to her own bed, which isn’t going well but since adding a king size bed it makes the bed sharing less painful usually (when it’s needed – because, lets face it… parents of high need children deserve to sleep in style after losing two years of meaningful sleep).

We have survived – I will attribute it to a few nights away donated by grandparents (which is how Jonas arrived, ha ha), making it a priority to have our own projects away from children, some wonderful friends, and the support when we needed it.

Many people had the “solution”, and in the end we had to ride it out with much frustration. There was no miracle product, although being able to wear our children with our mei tie and ring sling made it possible to get out.

Breastfeeding did help, and being able to feed and soothe the baby while we were out of the house was helpful. We are learning now that playgrounds are our friend. I can wear Jonas and let Kayah go – we pack good snacks and plenty of water and we’re able to spend a few hours out of the house. I’m nursing the baby anyway, why not do it somewhere outside, enjoy the weather, and commiserate with other mommies?

I also created a local network of moms who were learning to wear their babies, and in that process met and have been mentoring and supporting others with fussy babies and with healthy and happy babies. We are currently trying to use probiotics to see if it helps Jonas with his tummy troubles (so far we’ve had two excellent days in a row!).

I keep my friends who are in the birth industry close by, as well – it is handy to have lactation experts close by.

They aren’t the best children, but they are my children.

They are beautiful in their own ways.

And, the marriage thing… going strong! I keep wondering how it works, but I think we’re both invested in the kids and we keep each other in check.

Temperament and Fussiness: When Do I Know if My Child is Spirited?

Previous Post Calm Your Baby Naturally Through Food Choices Next Post The Spirited Child: Living with No Filters