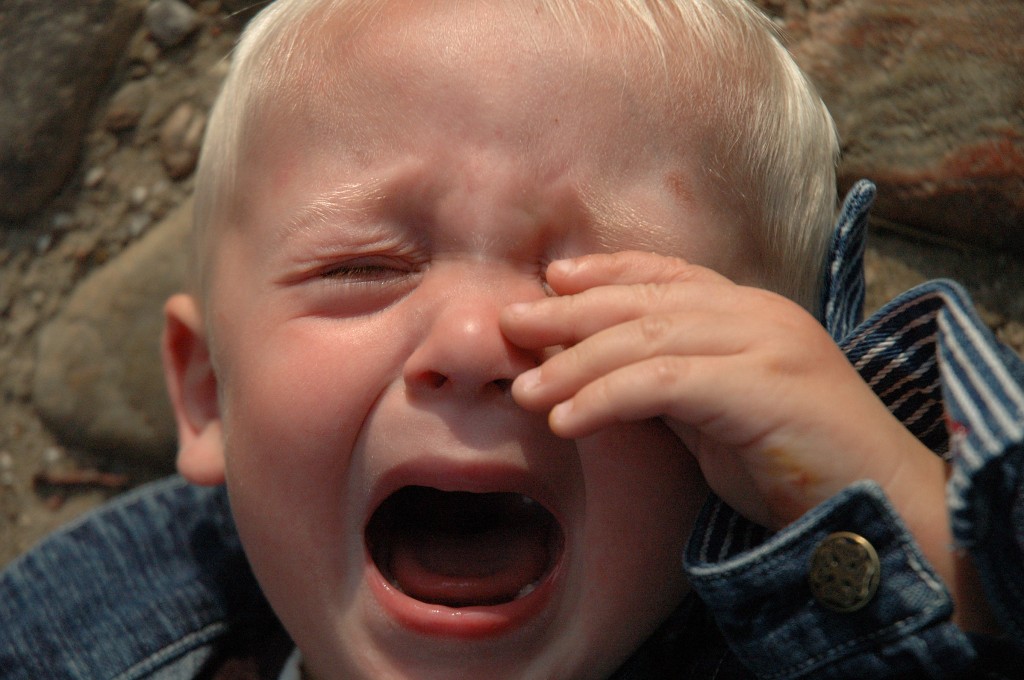 When I found out I was pregnant again, we knew we had a challenging time ahead of us. About two thirds through my pregnancy, we moved from Germany back to the USA and it was not just a move. My husband is in the Air Force and had to attend a three week course en route to our next home station.

Our two year old son and I would go with him and then we all were going to move to my husband’s next duty station. Well, three weeks turned into almost three months of us living in various hotel rooms, all our belongings, including all our baby stuff, securly stored in a shipping container somewhere in the USA.

Needless to say, we were stressed out to the max and after our son Phinaeus was born, us still living in a room on an Air Force base, things just went downhill.

The first night after he was born, I got a little taste of what was about to come: I nursed him, nursed, nursed, and nursed some more. He never seemed satisfied. I fell asleep at one point while he was nursing which angered the nurse, and when I told her he would just not stop screaming, she made me feel guilty about not “doing it right”.

The next few weeks are a blur of me being up all hours of the day and night. I could just not put him down. Exhaustion set in, and between being so incredibly tired, dealing with severe postpartum depression, the stress of our crazy living situation, and our two year old really having a hard time with all of this, I was a sobbing mess.

We were finally settled into our new house, our now three year old son started preschool, life returning to normal..or so I thought.

Phinaeus, our little one, being funny and oh-so-charming, still would not let me sleep longer than 2 hours, day in, day out. We tried everything: co-slept, had his crib in our room, moved his crib into the nursery, tiptoed through the house to not make the smallest noise. He would wake up from the a/c or the heater coming on, would wake up from a toilet flush down the hallway. Having the washer or dryer running when he was sleeping? Impossible!

He would fall asleep as soon as I nursed him and wake up the moment I put him down. When he finally slept, the second he stirred, he screamed. Once he was able to sit and finally stand up, he would – the second he woke up. There was no self-soothing, no pacifier that could help him go back to sleep, no lovey, nothing. He would scream when my husband would try to calm him down, so after a while my husband gave up and I was “stuck” with him again.

When Phinaeus was about 10 months old (keep in mind I hadn’t had a restful night since the day he was born), I broke down from exhaustion and depression; anger and resentment had started to settle in against my husband who just “didn’t get it” and against my baby, who according to my mom, was just spoiled and would continue to “drag me down if I let him”.

The next night, after an unsuccessful attempt by my husband to soothe Phinaeus back to sleep, I sat in my rocking chair in a dark room, nursing Phinaeus to sleep. I was doing searches on my iPod for “helping baby to sleep”, “sleep training”, “why does my baby not sleep?” articles.

That night I came across an article describing 12 features of a high need baby by Dr. Sears. It hit me like lightning: this was Phinaeus! This was exactly MY baby!

Someone must have been secretly watching us as this described him almost to a T. I was reading and crying and laughing and crying because I was so relieved that there were actually people who understood what we were going through. The next day I showed my husband what I had found and he couldn’t believe it either.

This was such a turning point for us, but especially for me. I continued reading about high need babies, spirited children and it got me out of this slump almost in an instant.

Finally I was able to see my baby as who he really was. I was able to accept and even somewhat enjoy our nights together, and it took so much stress away that had built up in our family. I dare to say it saved my marriage!

When I started telling friends and family about my “discovery”, they couldn’t really grasp what I was talking about because they only know Phinaeus as this oh-so-cute and sweet little boy he had become.

Phinaeus is now 15 months old and he still wakes up between 2 and 4 times per night. He naps during the day but I never know when that will be, so planning any activities is a challenge. He is super active, silly, funny, smart, determined, strong willed, loud, yet he is the first to pick up on a strange mood or when someone isn’t doing well: He will come over and give hugs and kisses. He is demanding, hard to please and super sensitive.

We are just now starting to leave him and his brother with a babysitter when we absolutley have to. We hadn’t left them before  because we always felt someone who didn’t know him would not be able to handle him.

It’s been a huge learning process for me but also a wonderful experience; I finally was able to give myself permission to let go of the stress, the anger, the resentment, the pressure of trying to change him into a “well behaved” child. I think that was the biggest thing for me, to not feel like I was failing as a mother just because he would just do his own thing, and was not impressed at all by my efforts to get him to sleep through the night, or to respond a certain way to certain things, people, situations.

When my mom or our pediatrician tell me to just let him cry it out, I smile politley, thank for their advice and move on.

I know this has been a tough time for our family but I keep telling myself that it will be okay, it won’t be like this forever and that I am doing the right thing for our son.

I am very thankful for all the support I have found online though. During some of those rough nights, nothing works better than reading about other families going through the same thing, knowing that we are not alone. But the thing that helps the most is reading about our precious children and how much richer they make our lives!

Nadine Johnson lives in North Dakota with her husband and her sons Quentis (4) and Phinaeus (1).

Amber’s Story: Feelings of Failure with a High Need Baby

Previous Post Resolutions Are For Children Next Post Amber’s Story: Feelings of Failure with a High Need Baby