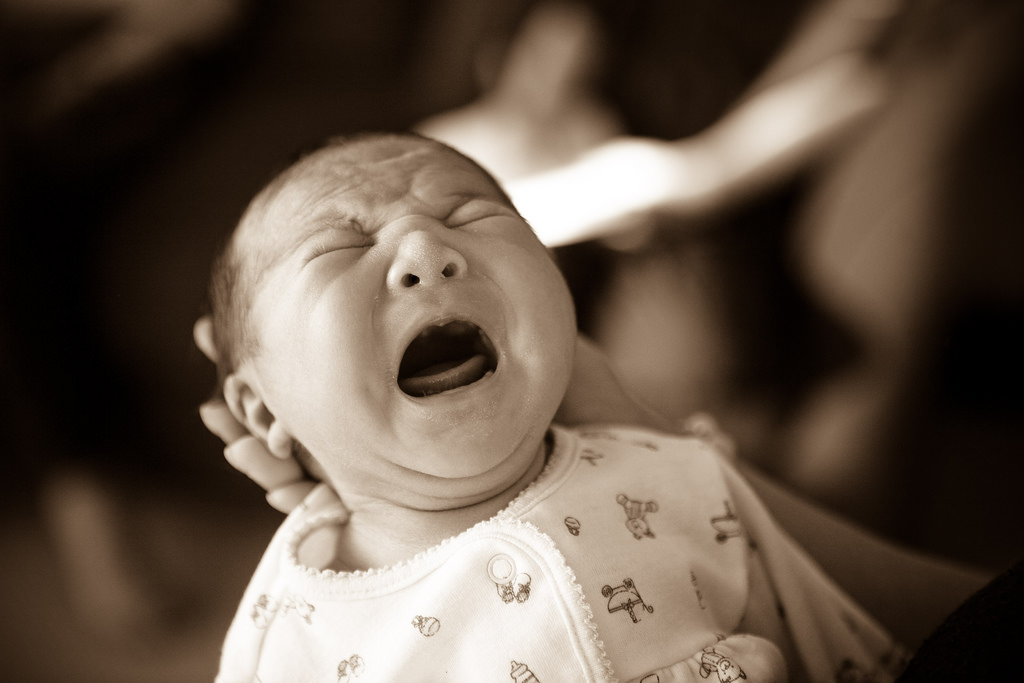 Could we be getting closer to a treatment or cure for colic?

I was interviewed recently for a Huffington Post article, Science Has Maybe Found a Way to Help Colicky Babies (Please, Fingers Crossed).

The article reviewed a brand new study in the journal, Pediatrics, that looked at Lactobacillus Reuteri (aka probiotics) as a possible treatment for colic.

To be clear, this isn’t the first study to look at the effectiveness of probiotics for colic. However, the studies done to date have been largely inconclusive.

For this particular study, researchers looked at 345 breastfed and formula-fed infants with colic. They gave approximately half the infants probiotics, while the other half received  a placebo.

The results were as follows:

“After 14 days, nearly 60 percent of breastfed infants receiving the probiotic improved, which the researchers defined as a 50 percent reduction in the babies’ baseline amount of crying. By 21 days, two-thirds had improved.”

So, is this the cure for colic we’ve been waiting for?

Here’s my take on this: most experts agree that there are likely many factors that determine whether a baby will be colicky or not, including:

When a baby cries a lot because of temperament, it’s often because they’re “over”-reacting (at least in our minds) to minor discomforts or frustrations.

So, if we can give these babies probiotics and potentially reduce a source of minor tummy upset, why not?

However, to say that treating this one potential factor could cure colic…well, I think that’s a big stretch.

In fact, when I asked members of my Facebook page whether probiotics had worked for them, the general response was a clear “no”.

Hopefully there will be more studies done in the near future, and we can pinpoint other potential treatments for colic.