Taking Your High Need Child to a Playgroup 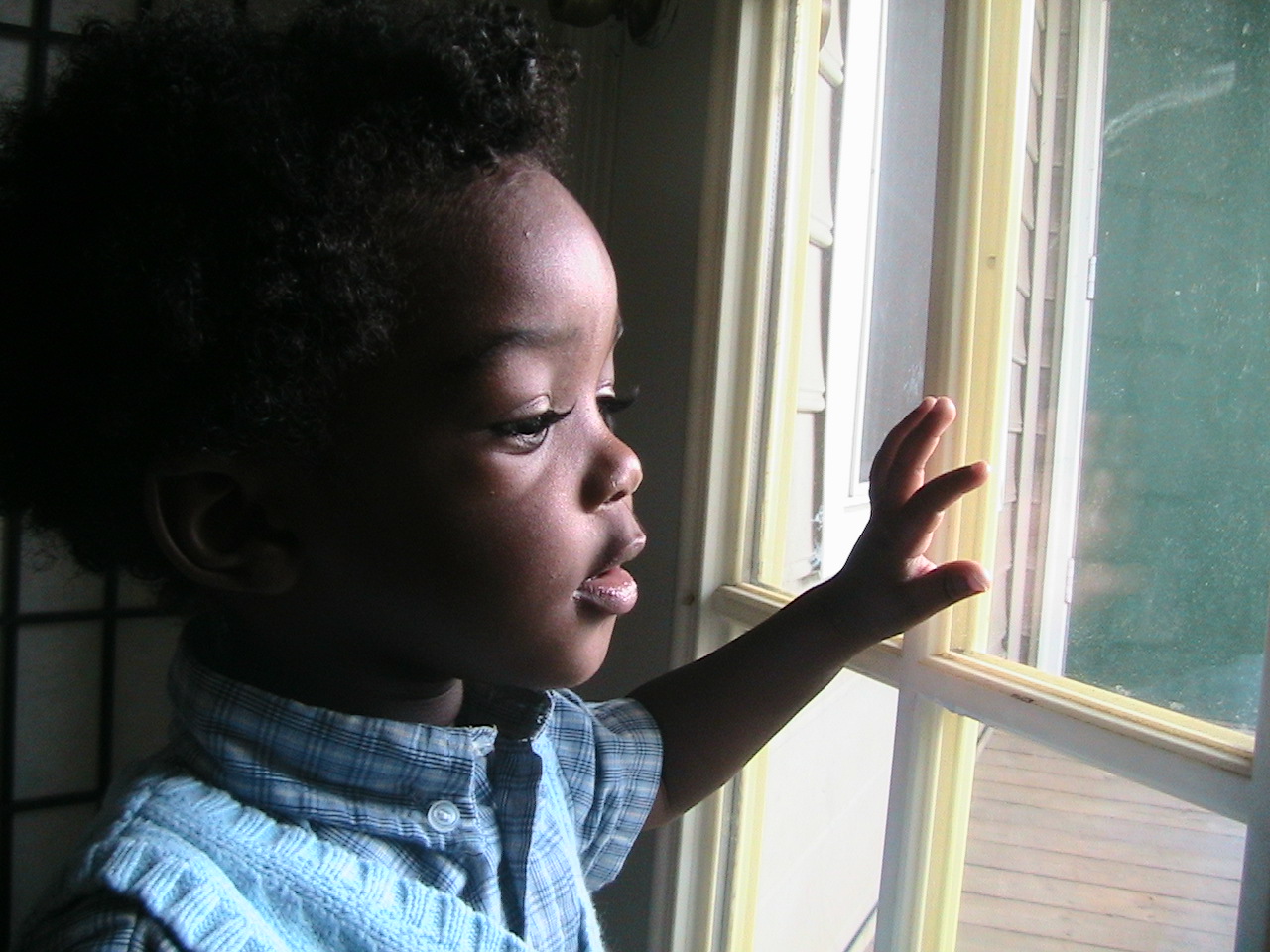 Because my family recently moved into a new community, I have been finding meet-ups and playgroups for moms and little ones.  It’s one of the few chances I have to make friends, and let me tell you, I really need some right now.

As many of you know, parenting a high need child can be just as isolating and exhausting as it is adventuresome and rewarding.  So as I’ve attended my first play group this morning that was not hosted in our own home, I’d like to share my discoveries with you.

Attending playgroups with a high need child is NOT easy.

Then again, what is easy about our little ones aside from loving them?  You let me know if you find something.  I’m always searching.

Ask whoever is hosting the playgroup about the environment.

Will there be food in arm’s reach?  Will the yard be fenced?  Are there dogs or cats?
Regrettably, I did NOT do this today at the Washington Mommies play group Dominic and I attended. Here is what happened.

He noticed the delightful bowl of cubed up watermelon on the picnic table and headed for it immediately.  Fine.  I’m all about healthy snacks.  But you see, MY son… has no off button with food. So he wanted not one or two but several refills of watermelon in his little plastic bowl.

After bowl number two I, worried there wouldn’t be any left for the other tots, tried to catch his interest with a granola bar.  He grabbed it and began to walk away from the snack table happily…until it broke in half.  This sent him into hysterics.  Not only did it break in half but it was STICKY. Dominic hates when things stick to his fingers.

Needless to say, he was pretty darn irate with this bar that had all of a sudden turned on him.  So, to solve that issue, I took the bar away.  Holy bad idea batman. Now he was flailing around, screaming, tears pouring down his sad cheeks like rainfall.

At this point I tried to hug him, hold him, walk with him,  anything – so that he could find some peace.  He did for a second.  And in that moment of peace he decided to go back to the snack table. “O’s”, he said joyfully.  “O’s!”  Okay.  He wanted the Cheerios.  How much trouble could those be?

There was a huge box, so if he wanted lots of them it would not be an issue.  I gave him yet another little plastic bowl filled with O’s.  He was satisfied, toddling along, munching away.   Until he dropped one.  Then two.  Then three and finally four.

Four O’s were on the ground when he burst into tears again.  This Cheerio dropping was more than he could take.  I picked them up and told him he could still eat them and he did.  5 second rule, right? After dropping one Cheerio down the cracks in the deck and having another devastating meltdown I thought to myself, had I known about this snack table, I may not have come at all or at least I could have asked her to keep the snacks in the house maybe.  I don’t know.  I just hope some of you can learn from my mistake.

Don’t try to explain to the host or others why your child is the way he or she is.

It doesn’t matter why and they won’t get it.  Why do we feel this need to prove to others that our child really is “good”?  I feel like I need to explain because I get embarrassed when he tantrums around other people.  I just start trying to make excuses for my kiddo.  The explanations for his behavior pour out at the speed of his tears.

“Well, he is very sensitive to textures so he didn’t like the granola bar.  And he has speech delay so he couldn’t just tell me that.  That’s why he flipped out.  No he doesn’t do it all the time.  He’s actually a pretty cool little dude when he’s not upset about something. (Please let us come back to the playgroup.  Please!).”

You know why else I tend to over-explain my son to others?  Because I’m trying to reassure myself. There are occasional days where I doubt my parenting style and worry that I’m making things worse by not being more firm with him, by picking him up when he cries, by giving him what he wants within reason pretty frequently.

The truth is, I know what works for my son and I do it.  I don’t parent in a way that makes me feel guilty and him feel miserable. That is what works for us.

Does he tantrum a lot? Yes. Is that my fault?  Not in the slightest.  He is very sensitive and aware of textures, sounds, people’s tone of voice.  There are a lot of things that bug him out because of that.  And tantrums happen.

My job isn’t to prevent every one from happening or to stop him from expressing his emotions.  So why do I feel like a failure in public if my son tantrums?  It’s just silly.  So I’m hoping at the next meet-up to just say that he’s having a hard time and leave it at that.  No one needs to know all my analysis and review on the subject.

Do approach each playgroup with a playful spirit and a purse-load of creativity.

If you are nervous at a new event, your child is very likely to pick up on that and also feel nervous. Then you are off to a bad start.  No questions asked.  I was nervous because he tantrums so often and because I’m shy at first when I meet new people.  So of course he knew that.  Consequently, he wouldn’t let me put him down for the first 20 minutes.  He is so in-tune with me, he will often mirror my exact emotions.

Once we got over all the tantrums about food, I began to playfully sweep him away when he was headed toward the infamous picnic table shouting “Got’cha!”  And we made the NO situation into a fun game instead, which I had to repeat many times, but with zero tears and only a fountain of giggles.

Do honor your child’s basic needs of hunger, thirst, sleep and security.

High need children are thrown off-balance pretty quickly if a basic need is out of balance.  Then there is no telling what kind of behavior you’re going to get.  Thankfully, we left playgroup on a great note when I noticed signs of him being tired and announced that we were leaving so he could take his ever-so-important nap.

All the mommas definitely understood that and I got lots of knowing nods and chuckles. Could I have stayed longer, yes.  But it wasn’t worth pushing him.  He managed to have about 20 minutes of fun and I was happy with that.   We decided to cash in our winnings and leave happy.

Do express to your child that you are really proud of them for doing this new activity with you and talk about the positives of it only.

Why focus on the negatives? Life is too short.  Dominic and I are a team.  If I get down on him after he just took such a big risk, I’m just making it harder for us to attend the next new experience.

I hope my half-disastrous/half-enjoyable playgroup lesson will help you when you head to a new experience with your high need child.  I think these types of risks are really good for our kiddos and we shouldn’t avoid them just because they might be difficult.

I’ve learned that some planning ahead, a few melt-down strategies and a playful spirit are all I need to make the next play group more enriching for both of us.

As for today’s?  It was definitely a learning experience.

Amanda is the owner of Ready or Not – A Baby Planning Service. She is in love with her toddler and her husband and derives much of her writing inspiration from her family experiences. To learn more about Amanda and what she does to help pregnant and new parents, please check out her website at www.readyornotbabyplanning.com

Letting Go of the ‘Should’s’

4 Bits of Advice for Parents of High Need Babies

When Cuddles Won’t Cure Your Baby

Taking Your High Need Child to a Playgroup

Ages and Stages of the Fussy Baby

Previous Post The Dangers of Sleep Deprivation and Melatonin Use in Kids Next Post Krista’s Story: In Over My Head