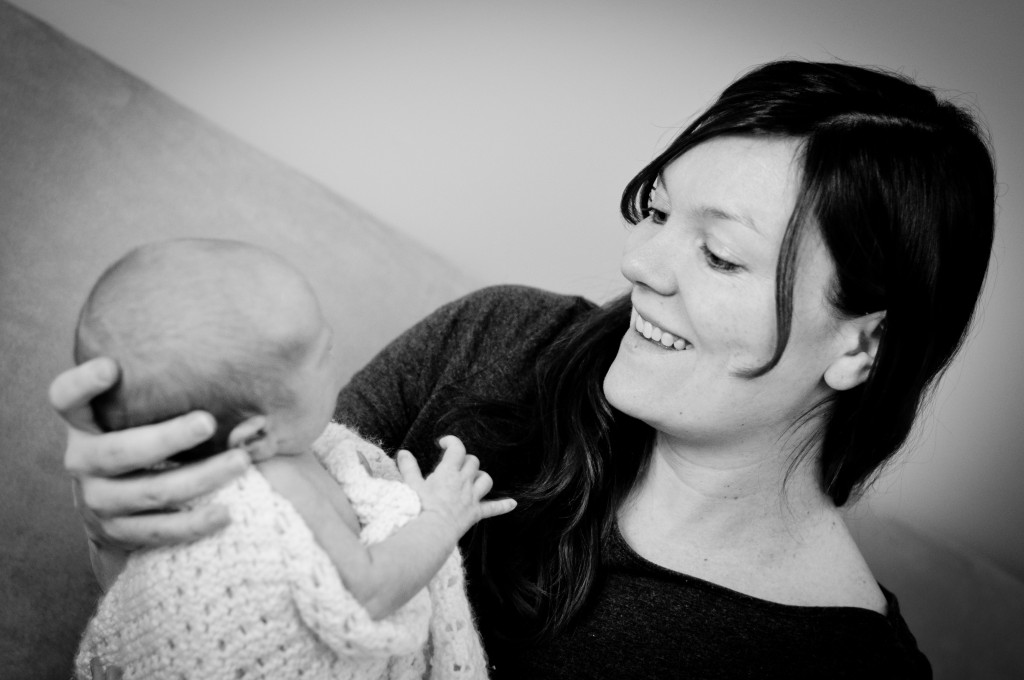 In the months leading up to the birth of our first child, Everly, I did enough reading, watched enough movies and talked to enough parents to know that the first few months would be a blur of sleepless nights, constant feedings and endless diaper changes.

I was prepared to take it all on as any new mother would be.

What I wasn’t even remotely prepared for, were the months of around-the-clock screaming that began the second day of Everly’s life, and only subsided when she gave in to complete exhaustion and fell into a fitful sleep.

Everly was born at 7:46 p.m. on New Year’s Eve. It seems she was determined to undermine her daddy, whose biggest wish was to have her born in January so she’d be the oldest in her class, rather than the youngest. That first night, she was quiet, alert and watchful. She stared up at her daddy with her huge blue eyes, melting his heart while taking it all in.

Then, something changed. The only way I could get Everly to stop wailing that second night was to feed her constantly. At 3 a.m. the nurse came in and gave me a story to read about how babies always cry like this on the second night. She told me not to worry and instructed me to sleep sitting up with Everly attached to my breast.

Because I was so exhausted and hadn’t caught up on sleep from the 19 hours of labour the day before, I actually did pass out like that, stealing 5 minutes of sleep here and 10 minutes there.

At 7 a.m., I frantically called my husband, asking him to come to the hospital as soon as he could manage. I was beyond tired, in a lot of pain and wasn’t sure I could handle her on my own for five more minutes let alone a few hours.

I started to feel like I was in over my head.

From the moment we brought Everly home, it was pandemonium. Any time she was awake, she was shrieking – an ear-splitting, bring-the-house-down cry – and the only time she would sleep was during the day.

That first week I thought she was just hungry because my milk hadn’t come in, so we bought formula and gave her a few ounces before bedtime in the hopes she would sleep. She just shrieked harder, louder and longer. I fed her and fed her and when the pain I felt became unbearable, I learned that she had thrush and had given it to me. Ok, I thought, she must be crying because of the thrush. But no, even after treating thrush for six weeks, she just kept on screaming.

We cautiously asked one of our friends, who had had a baby a week before us, what their baby did when she was awake. When we got the response, “she just sits and stares”, we knew what we were dealing with wasn’t normal.

During this time I was terrified to leave the house on my own. I was so afraid that Everly would have a meltdown (as we began to call these crying episodes) in public and that I wouldn’t be able to calm her. Often, we’d be out walking the dog and she’d start screaming and we’d have to immediately head for home. Sometimes I even ran.

I can’t tell you how embarrassed I felt when parents with other babies would look at us like we were clearly incompetent and not tending to our child’s needs. The problem was it didn’t matter what we tried. Nothing worked – at least not for more than a few minutes.

One time, my husband and I decided to go to the mall five minutes away. Before we left I fed her, changed her and got her all bundled up. We made it 10 minutes into the shopping trip before she woke up screaming. As I ran to the cash to pay for our purchase, my husband bounced her around the store, shushing her, rubbing her back and shooting me these looks as if to say hurry up. When the woman in front of me in line told me my baby was just hungry and I should feed her more, it took every ounce of restraint I had to stop myself from screaming at her.

About two months in, one of my husband’s co-workers suggested Everly might have a dairy intolerance since her own son had had a similar problem. I have to admit I dismissed the idea at first, mainly because I had asked our doctor about it and she said it was unlikely and that Everly just had colic. After witnessing a full-blown meltdown in her office one day, she threw in the towel and referred us to a pediatrician who suggested I cut dairy and soy out of my diet to see if it made a difference.

Three weeks later, we noticed a change. It was subtle at first, like her gas didn’t smell as badly and she had a few periods of awake time without crying. The longer I went without any dairy in my system, however, the better Everly fared. She actually started to sleep better and for longer stretches. When she was awake she’d play and smile. It was like the clouds finally parted after a four-month-long storm.

Now that we’ve identified the dairy intolerance, we recognize that while most of the screaming was due to Everly being uncomfortable and in pain, some of it was simply her own disposition. My husband calls her a drama-queen; I like to say she has personality. These days, Everly is a very happy baby – as long as she gets what she wants the moment she wants it.

Looking back, I can honestly say we were completely shell-shocked for the first four months of our daughter’s life. It was a very hard road to travel and as much as I find it difficult to admit, I know there were times where I questioned my love for her and hated myself at the same time for feeling that way. But, she was absolutely miserable and so draining to deal with.

All I can say is that it will get better. It did for us and I honestly couldn’t imagine my life without Everly in it. She means the world to us and delights us every day with the new and wonderful things she does.

There are still times where it gets tough but, these days, the good far outweighs the bad.

Krista Habermehl is currently on maternity leave from her job in communications at a non-profit science learning organization for kids. She has recently moved across Canada with her husband, eight-month-old daughter and Great Dane.